Triumph Stag 3.0 is no longer available
Click here to search for a similar car 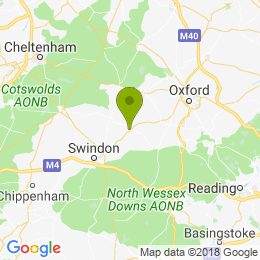 This Jade Green stag is in very nice confition however we are taking to next level . Interior needs new foams [a common issue ] . We are doing . Generally a great Stag with a impressive history file Rare colour GREAT PLATE !!!! This Stag is having a what is required refurb on arrival with us . We have c 10 sold stags at this time all having various upgrades and refurbishments indeed some full restorations . This Stag is a very good Stag . Details below from last owner .. This Triumph Stag 3.0 V8 Automatic was supplied new in May 1978 to a doctor in Oxfordshire, coming in Java Green ‑ one of British Leyland's more flamboyant shades of the era ‑ with a black interior. Fast forward 31 years, and the car went into storage in 2009, emerging only for a couple of MoTs in 2010 and 2011 before staying off the roads completely until this year. From its 2009 MoT until now, the car has only covered around 700 miles, with the current recorded mileage 87,037. Recommissioning of the Stag cost around £4000 and was done by Stag specialist E J Ward. The work included a reconditioned gearbox, new alternator, battery, radiator, electronic ignition, distributor cap, plug leads, fuel filter and drive belts. It was also serviced and given an MoT, which expires in July 2022. The Stag was fully restored in 1999, with the job including new front wings, rear wheel arches, sills, A‑post drip rails, bare metal respray, overhauled cylinder heads and carburettors, plus soft‑top frame and new cover. Despite its rebuild being over 20 years ago, the car's conditions remains generally very good, 'drives very well with a lovely sounding engine'. Inside, the dashboard has been upgraded with burr walnut veneer. There is a huge history file that accompanies the car, starting with its original bill of sale and including MoTs back to 1992. The V5 is present. Adjustable Seats,Alloy Wheels,Front Electric Windows,Power Assisted Steering