This is an act which can be deemed as careless driving.

Whilst it is not illegal to undertake on a motorway or dual carriageway in the UK, it can, in fact, be very dangerous, therefore if caught by the police you could face the consequence of being prosecuted for careless driving.

To avoid this from happening, here at CarCliq, we simplify the legislations involved with undertaking, so you understand what you are allowed to do and what consequences you potentially could face. 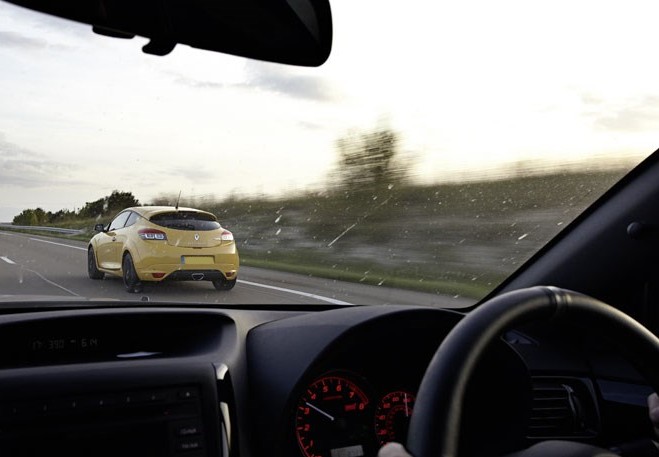 So, what does the Highway Code state about undertaking?
Under advisement, the Highway Code states not to undertake regardless of it not being a punishable offence.
In their exact words, it states: “Do not overtake on the left or move to a lane on your left to overtake.” Although, they also voiced that: “In congested conditions, where adjacent lanes of traffic are moving at similar speeds, traffic in left-hand lanes may sometimes be moving faster than traffic to the right… In these conditions, you may keep up with the traffic in your lane even if this means passing traffic in the lane to your right. Do not weave in and out of lanes to overtake.”

Okay, so in what circumstances is it acceptable to undertake?

Could I receive a penalty for undertaking?
If you’re faced with a “middle-lane hogger”, you may be tempted to indicate left and undertake them – however, don’t be tempted!

By undertaking recklessly, this could leave you with the consequence of receiving a fixed penalty notice (FPN) for careless driving or driving without due care and attention. This typically means you’ll get three points on your driving license and a £100 fine; although, it’s worth mentioning that, depending on the severity of the case, some police forces may offer you a driver education course as an option.

However, if the situation is more serious, this could be considered dangerous driving – which is a much bigger crime and could result in a heavier punishment. In these circumstances, you could be faced with up to nine points on your driving license or disqualification, a fine of up to £5,000 and a court summons.

What do we recommend?
We’d advise driving at a good speed on a motorway or dual carriageway, but also to be cautious and look at your surroundings. If you’re late, do not speed or try to undertake other motorists. It’s better to be safe than sorry.

Did You Know: Fun Facts About Motorways
Motorway Exits You Don’t Want To Miss
The Hard Shoulder
Smart Motorways
Tailgating
Are You A Rat-Runner
The Major Driving Offences And Their Consequences