The new Q4 e-tron Sportback concept is Audi’s latest electric variant that’s expected to go into production as an SUV coupé as early as 2021.

Badged the Q4 e-tron Sportback, Audi has recently revealed its new concept electric SUV that will form the basis of a series production model and will rival the likes of the Jaguar I-Pace and upcoming Tesla Model Y. In the wake of the Audi Q4 e-tron concept that made its debut at the Geneva Motor Show back in 2019, this latest concept is the second model of the product line and is expected to go into production as an SUV coupé as early as 2021. 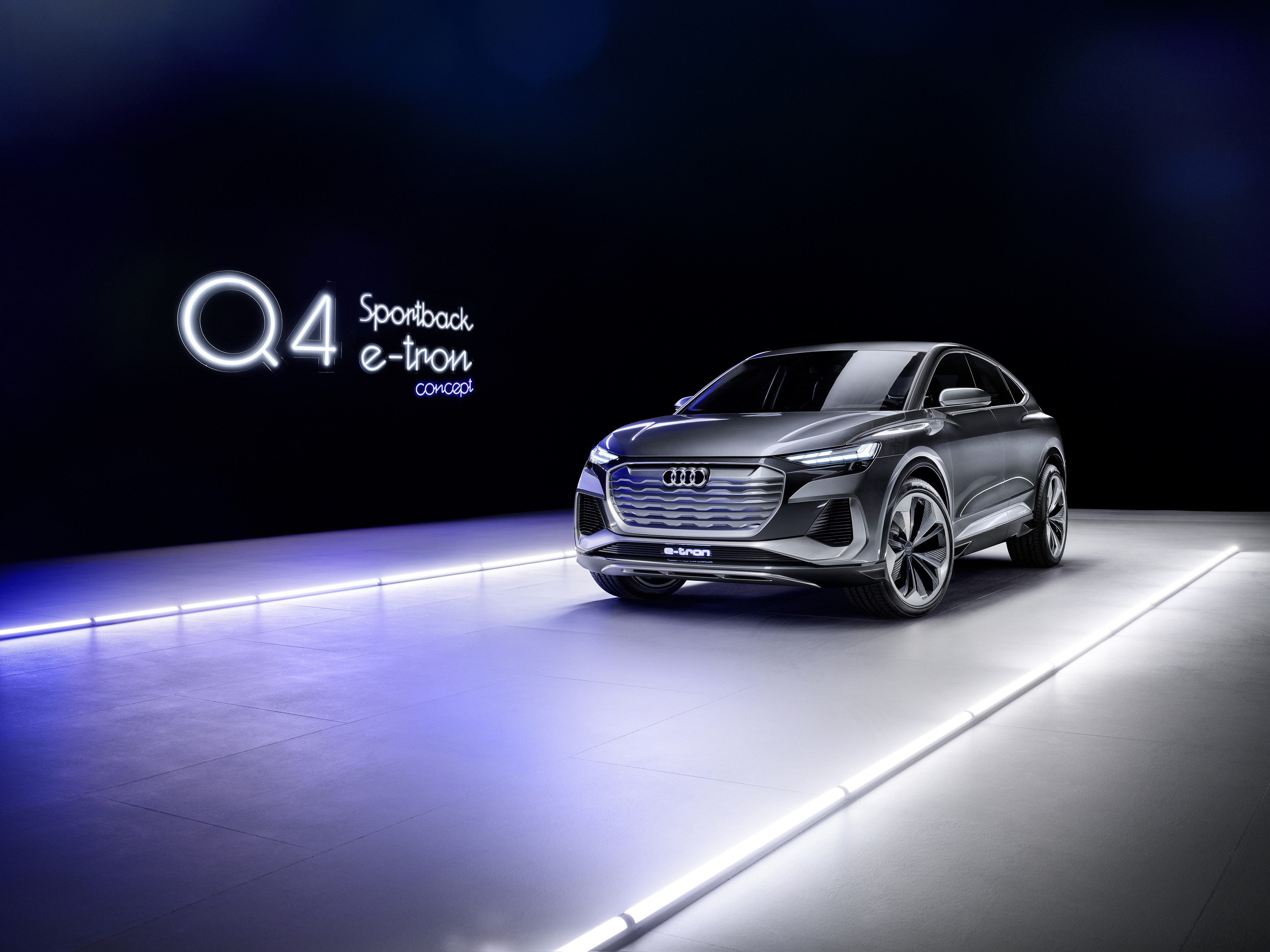 Both versions of the Q4 e-tron are expected to go on sale next year and, according to Audi, gives potential Q4 e-tron customers a chance to decide which version they prefer almost a year in advance before placing an order. Prices for the new Q4 e-tron Sportback haven’t been revealed yet but two-wheel-drive versions are estimated to be priced around the £50,000 range while the higher-spec, faster four-wheel-drive models are anticipated to cost £60,000 - approximately the same as the four-wheel-drive Jaguar I-Pace.

Stylistically, the Sportback concept – as the name suggests – offers a slightly sportier look than the Q4 e-tron with the major differences found at the rear of the car. Both models will feature the same drive technology and, using the MEB platform (Modular Electric Propulsion Platform), produced by the Volkswagen Group, means that they will support a battery 82kWh in size. Unlike the new Volkswagen ID.3 hatchback that also benefits from this MEB platform and enables it to be offered with 45kWh and 58kWh battery packs to allow for cheaper models, Audi are yet to confirm if the Q4 e-tron will be offered with smaller battery options. However all-wheel-drive and rear-wheel-drive versions will be available. The dual-motor all-wheel-drive setup will, according to Audi, give the Q4 Sportback e-tron a maximum range of 280 miles on a single charge, while power stands at 298bhp, enabling a 0-62mph sprint in 6.3 seconds and an electronically limited top speed of 112mph. While full specifications for the rear-wheel-drive versions are yet to be released, models will have a range of over 310 miles on a single charge as reported by Audi. Rapid charging at up to 125kW has been confirmed for the Q4 e-tron models but a suitable roadside charger will be able to top up the battery to 80% from flat in just over half an hour claim Audi.

Like the flagship model, the e-tron Sportback’s interior remains largely the same with a range of materials used throughout the cabin, from white and beige microfibre upholstery to seats finished in Alcantara and the floor covering made entirely from recycled materials. The latest concept model is presented as a four-seater, much like the original, although it is thought that the production model will almost certainly accommodate five passengers. The Q4 Sportback features Audi’s virtual cockpit displaying important elements for speed, battery levels and navigation along with a 12.3inch touchscreen via which the infotainment and vehicle functions are accessed and operated with the system angled towards the driver for easier operation. There’s also the augmented reality head-up display – a new feature for the Q4 e-tron, that displays graphical information, such as large directional arrows, pointing towards the turning you need to take - similar to the system that’s featured in the upcoming Mercedes S-Class.

Audi are extremely confident of what the Q4 Sportback can achieve once it starts rolling off the production line, with the Q4 e-tron line-up paving the way for more than 20 models with all-electric drive to be offered across every market segment from the compact class to the luxury class by 2025.

What do you think of Audi’s Q4 e-tron and e-tron Sportback concept models? Let us know your thoughts on our social media channels!