We take a look at the results of the 2019 Tow Car Awards!

With Summer upon us we take a look at the results of the 2019 Tow Car Awards which tested 40 cars, judging them over 5 weight classes as well as 4 other categories and the overall winner. Each car was matched to caravan weighing 85% of its kerb-weight, or of its towing limit if lower. Cars were scored in four categories: towing, practicality, everyday driving, buying and owning.

The results of the Tow Car Awards 2019, a joint project between Practical Caravan, What Car? and The Camping and Caravanning Club, saw petrol-engined cars as outright winners of two weight class awards for the first time, a new award category for the Best Plug-in Hybrid, and the competition’s first towing test of an all-electric car; the Jaguar I-Pace.

Tested by experienced caravanners as well as one of What Car? magazine’s expert road testers the cars were split into groups according to their respective kerb-weights (from up to 1400kg to 1900kg+), plus being judged for: Best Ultralight Tow Car, Best Budget 4x4, Best Plug-in Hybrid, and a Fuel Economy Award. But only one could be chosen as the Overall Winner of the Tow Car Awards 2019! 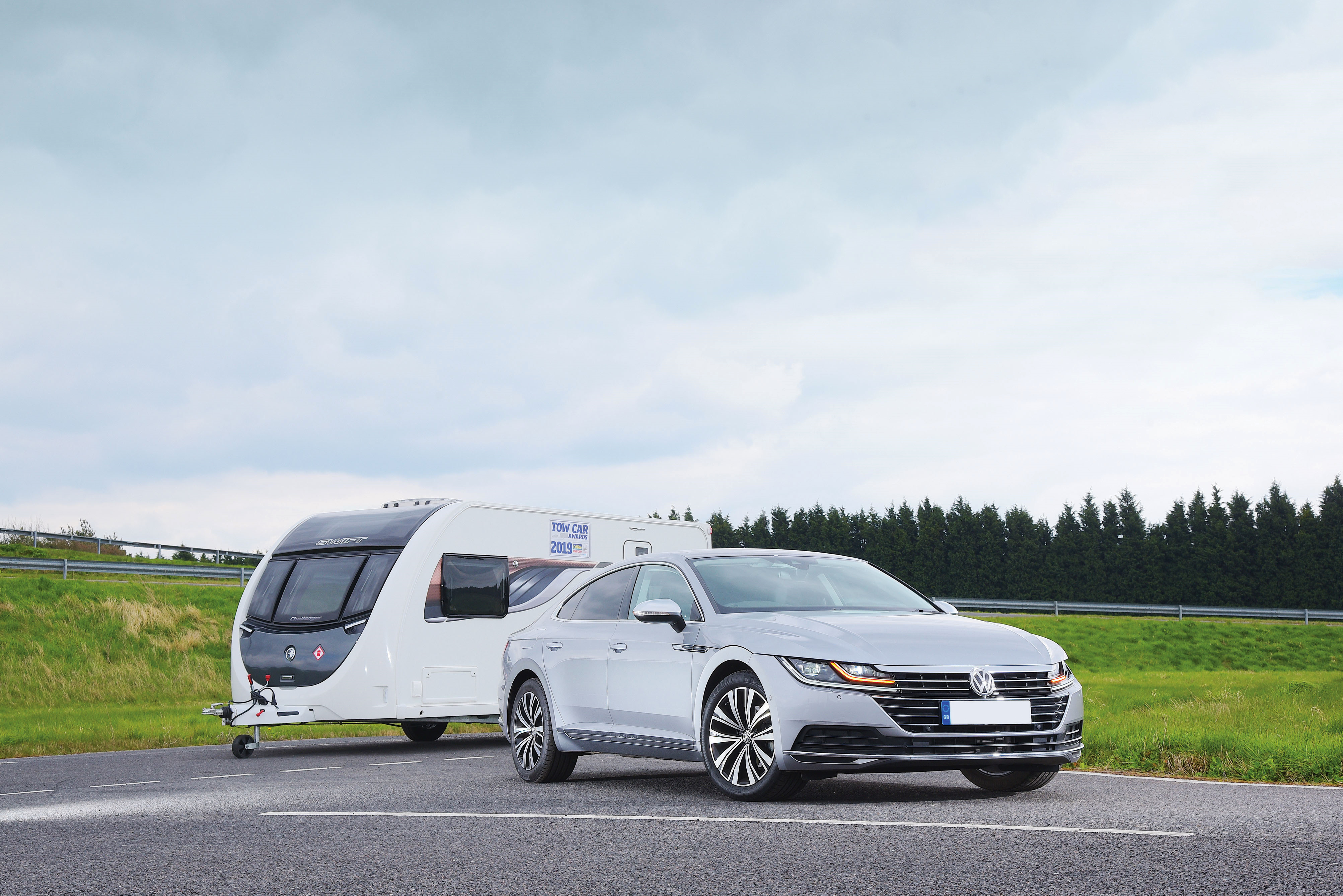 The results at Tow Car Awards 2019 were:

Some cars in the line-up seem almost unbeatable, such as the Skoda Octavia, which has now won the Up to 1400kg weight class for the sixth year, but this time with a 1.5 TSI petrol rather than diesel engine. Other regular tow car winners include the BMW 5-Series, winning the 1700-1899kg weight class again with the 520d Touring xDrive M Sport, and the Land Rover Discovery, which has won the 1900kg+ weight classes for 12 of the 13 years of Tow Car Awards competitions.

The Overall Winner of the Tow Car Awards 2019 was the Volkswagen Arteon 2.0 TDI 150PS Elegance DSG, which also won in its 1550-1699kg weight class. While a coupé-style fastback wasn’t what you would have predicted to be chosen as the overall winner it won because it impressed the judges; doing all the important things that you ask of a tow car brilliantly.

Would the Volkswagen Arteon be your choice for a tow car?  Let us know your opinions on our social media channels!