We take a look at the BMW i3; an ideal electric city car!

The BMW i3 has been around since 2013, yet thanks to its design still manages to look and feel more advanced than rivals. There are two versions of the i3 available: a standard car with 170bhp and the i3s and a sportier model with 184bhp. As an all-electric hatchback; gone are the original hybrid models which used a petrol engine to charge the batteries on the move.

The 2018 re-fresh of BMW’s small EV ‘i’ car doesn’t mess with the recipe too much with the new cars looking better with minor styling tweaks alongside the larger battery capacity. The car came with a 22.6kWh battery at launch in 2013, climbing to 33kWh with a 2016 update and now there’s 42.2kWh battery that’s more competitive with those fitted to the latest Nissan Leaf and Hyundai Kona Electric. The standard i3 boasts an official range of 193 miles with more powerful i3S variant coming in slightly shorter. 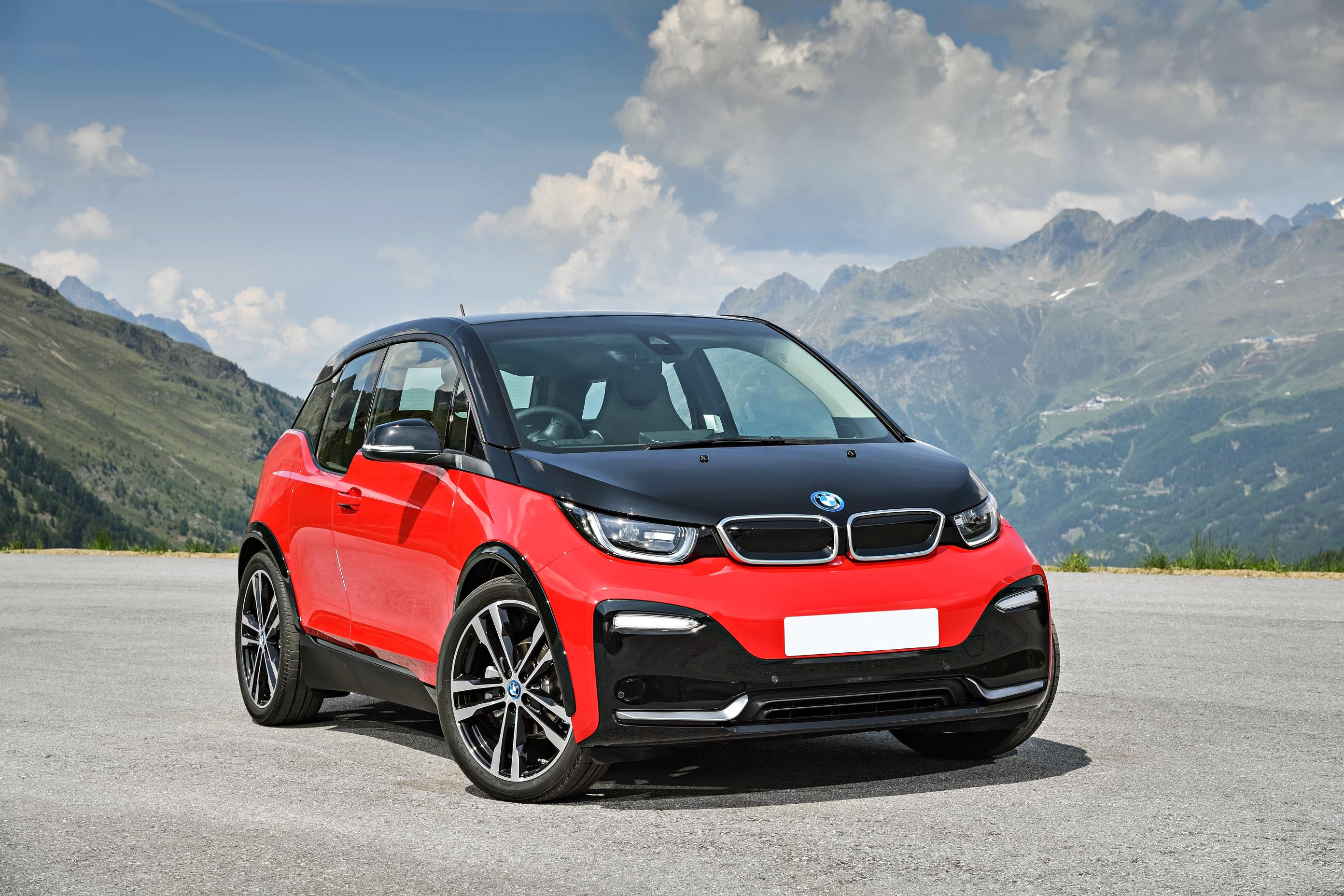 As with any EV town and city driving is generally a joy in an i3. Quiet, capable, surprisingly urgent with a decent ride. No it won’t win any hardcore handling awards, but that’s not really the point. It has a decent turning circle and is remarkably easy to park which is all down to the short bonnet and boot. A high-set driving position, excellent visibility and light controls help the i3 take crowded city streets in its stride, while the electric motor’s instant response lets you zip through gaps in the traffic with confidence.

Surprisingly, it’s on twisting back roads where the BMW i3 feels least composed. The steering is quick and well weighted, and there’s more grip than you’d expect from the thin tyres, but hit a mid-corner bump and the tall i3 quickly becomes unsettled. The short-travel suspension struggles to contain large body movements, plus there’s plenty of roll. As a result, the BMW is at its best when being used as a relaxed and refined cruiser, maximizing the range in those batteries. Talking of batteries, the regenerative braking - where the BMW i3 harvests energy during any braking cycles takes some getting used to coming from any other car; but once you’re used to it, you could actually drive with just the one pedal. 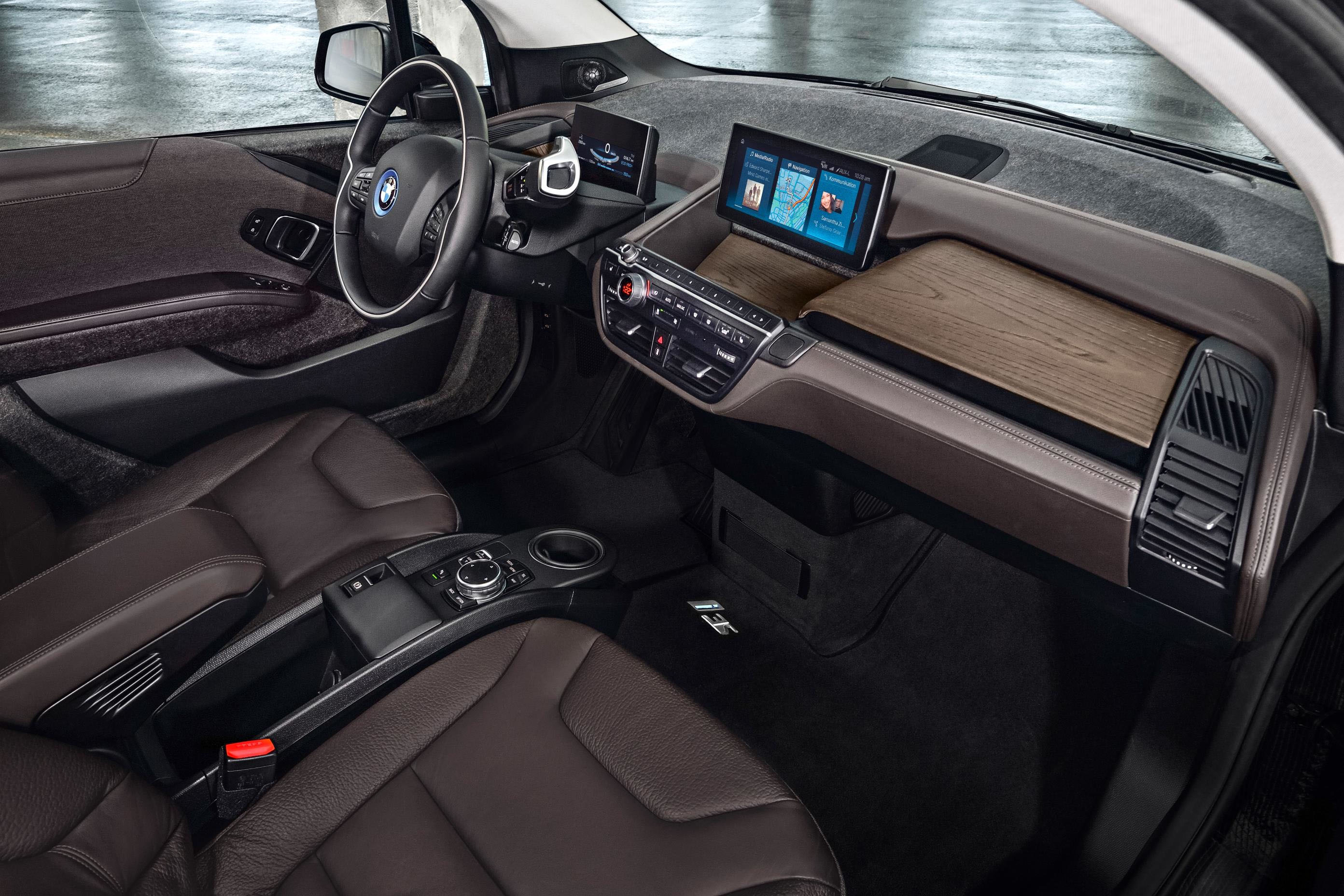 Driving it feels like you’re in something from the near-future, enjoying the relaxed way in which you can commute around towns and cities. On the inside access is easy thanks to the rear-hinged doors and lack of a B-pillar – although you do have to step over the wide sill. Once inside the you’ll see the cleverly designed interior with a pair of large infotainment screens – one ahead of the driver and one that appears to ‘float’ above the centre of the dashboard; both of which are controlled via a dial on the centre console. Uniquely a choice of tactile wooden, metallic, cloth and leather trims are available to add a personal touch to the bright and airy interior. The i3 is a strict four-seater with only two seatbelts in the rear and is roomy in both the front and back. The boot has a high floor due to the running gear underneath with 260 litres of space that grows to 1,100 litres with the seats folded down.

Should you buy one? The BMW i3 was designed from the ground up as an eco-friendly car and so feels a little more special than rivals based on petrol/diesel platforms. With its futuristic looks and the tech-filled yet minimalistic interior it’s very pleasant to drive despite the firm ride. With the improved range the car as a whole is very appealing in the electric car market, especially if you’re commuting in a town or city but does sit as the pricier “premium choice”.

Other BMW Reviews That May Interest You: