Sport Utility Vehicles (SUVs) are now so popular that the good old saloon car seems destined for the bin soon. Only the likes of BMW and other prestige manufacturers still offer them for the exec market.
Estate cars and hatches are still in, but you really can’t ignore the rise of the admittedly oddly named Sport Utility Vehicle. And guess who’s fault it is that they’re so popular now? Well, the very automaker I’m writing about here. Yes, folks – BMW is one of the major brands responsible for the admired SUV. 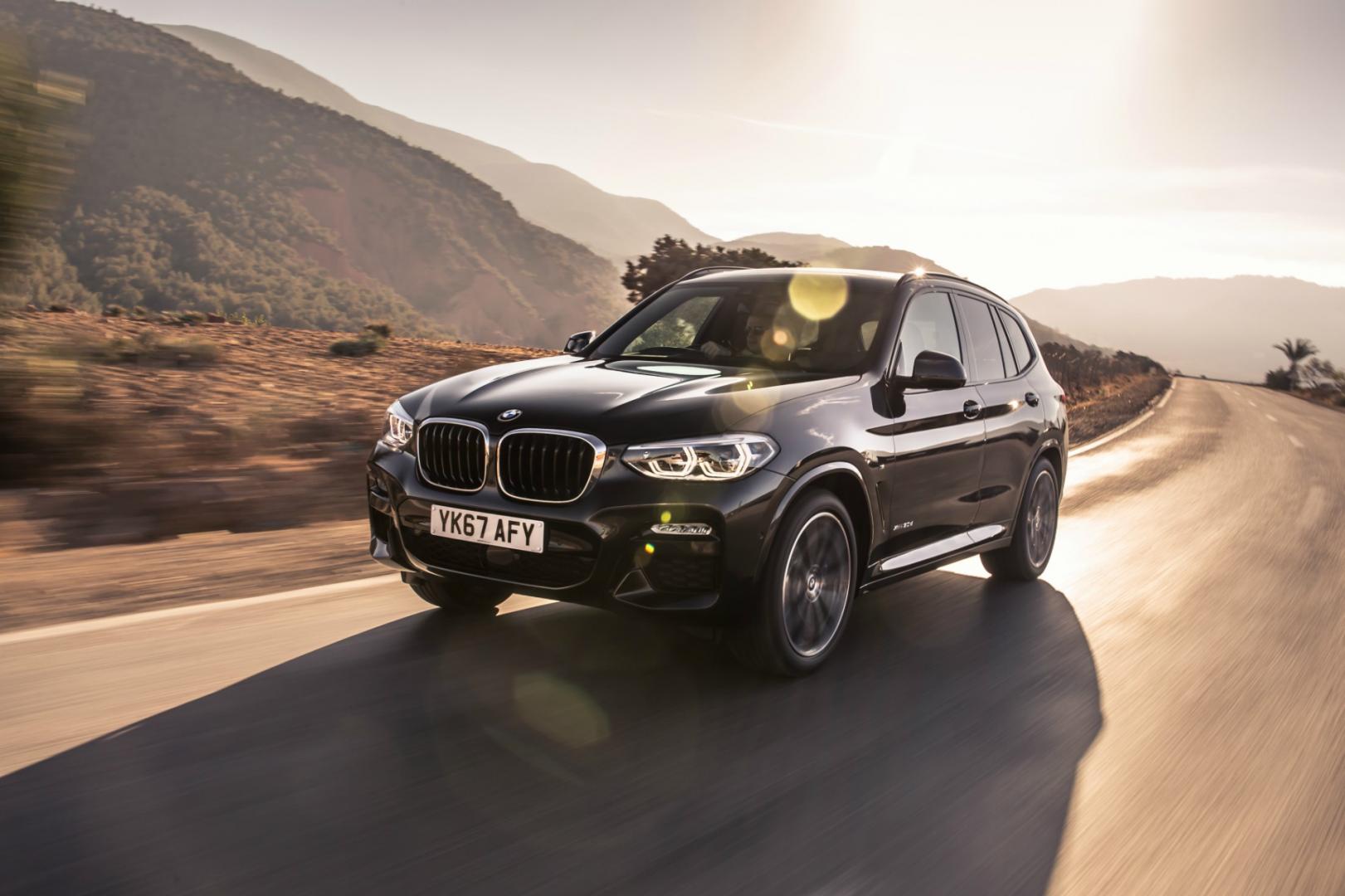 ‘Fault’ is the wrong word to use here, because BMW has very little in the way of faults within its cars. The marque is desired all over the world, and the X3 became one of the most wanted motors when it arrived on the automotive scene 14 years ago.
The German motor-maker has sold 1.5 million X3s since the model was born in 2003, and it seems set to continue with its product offensive by developing the four-wheel drive X3 even further. It’s an almost impossible task to improve something that is excellent already, but the Bavarian company has done just that - as I found out on a drive from Marrakesh to the Sahara Desert.

The BMW X3’s rivals include the Audi Q5, Alfa Romeo Stelvio and the Jaguar F-Pace, not to mention Volvo’s refreshed XC60 and the latest Mercedes-Benz GLC. While these cars may look suitably SUV-like, many struggle to handle as well as a BMW product. 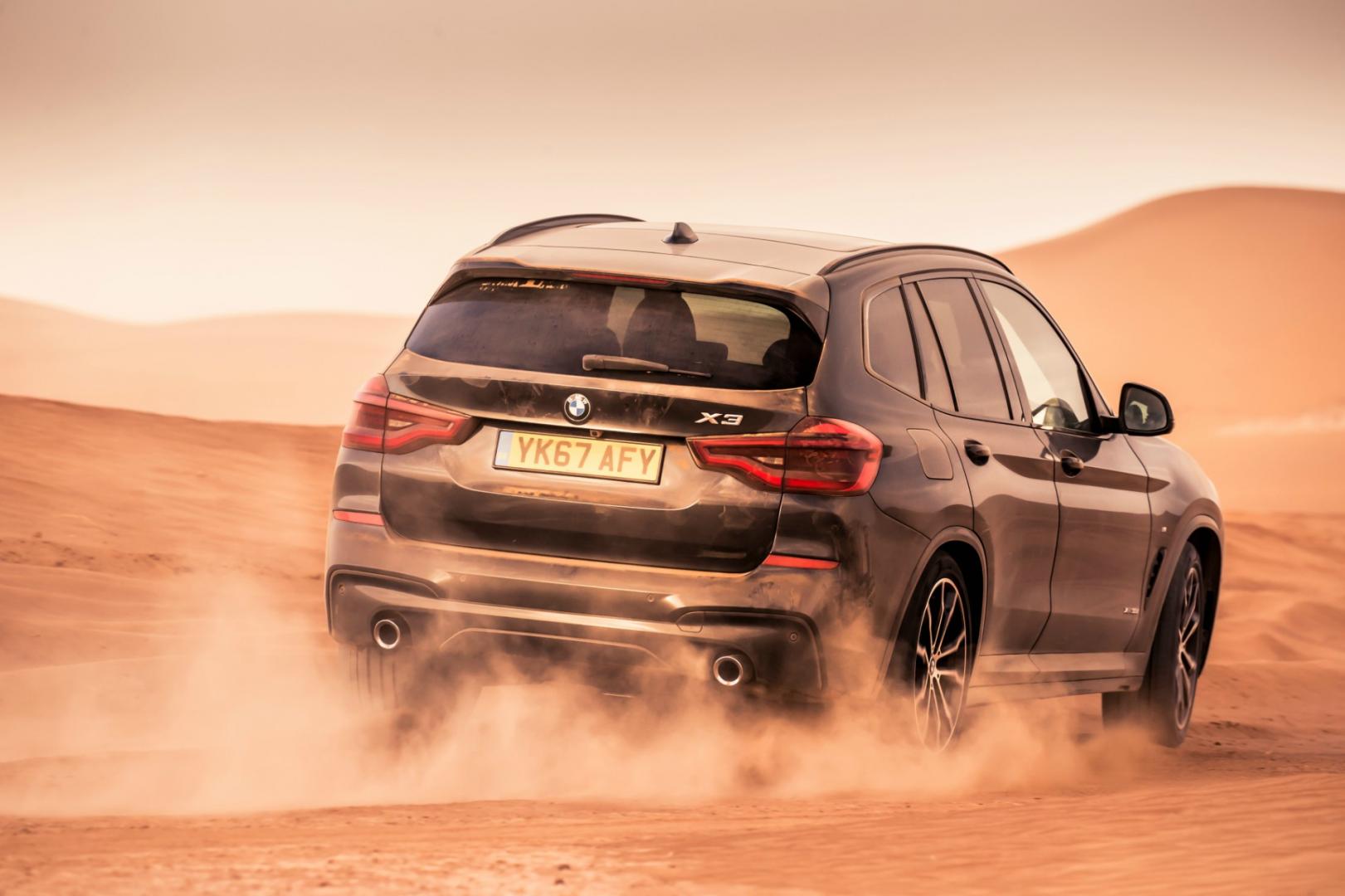 Except for the Stelvio, the new X3 is one of the most handsome SUVs today. The 2018 version has evolutionary exterior styling, but it’s in the cabin and under the metal where it all counts. Interestingly, BMW has really thought about the future too. It’s offering a bunch of petrols as well as diesels, due to the attempted demonization of heavy oil-driven cars. Among its petrol selection lurks a monster – a sizzling M40i, housing a turbocharged 3.0 litre 360PS six-cylinder lump.
However, out in the North Africa, I was handed the keys to the less blistering 20d. It made sense to test it because BMW reckons that even though it’s a diesel, it’ll be the best-seller in the UK. The machine is motorized by a 2.0 litre, a four-cylinder powerplant that pushes out 190 horsepower. It’s a strong pulling and smooth engine that’s hooked up to BMW’s excellent eight-speed auto ‘box.

Automatic is the only way to go with the X3, as no manual gearbox is offered. No matter though, as the eight cogs propel the 20d admirably across tarmac – and sand, as we discovered driving through urban and not so urban Morocco. In fact, you couldn’t get further from ‘urban’ once we were officially in the Sahara Desert. The engine, gearbox and four-wheel drive union make for an unflappable and confidence-inducing ride. The Bimmer’s body control is first class and the chassis is always ready to turn into a bend. What’s more, the familiar four-cylinder diesel clatter only intrudes into the finely sculpted cabin when you stamp hard on the accelerator. 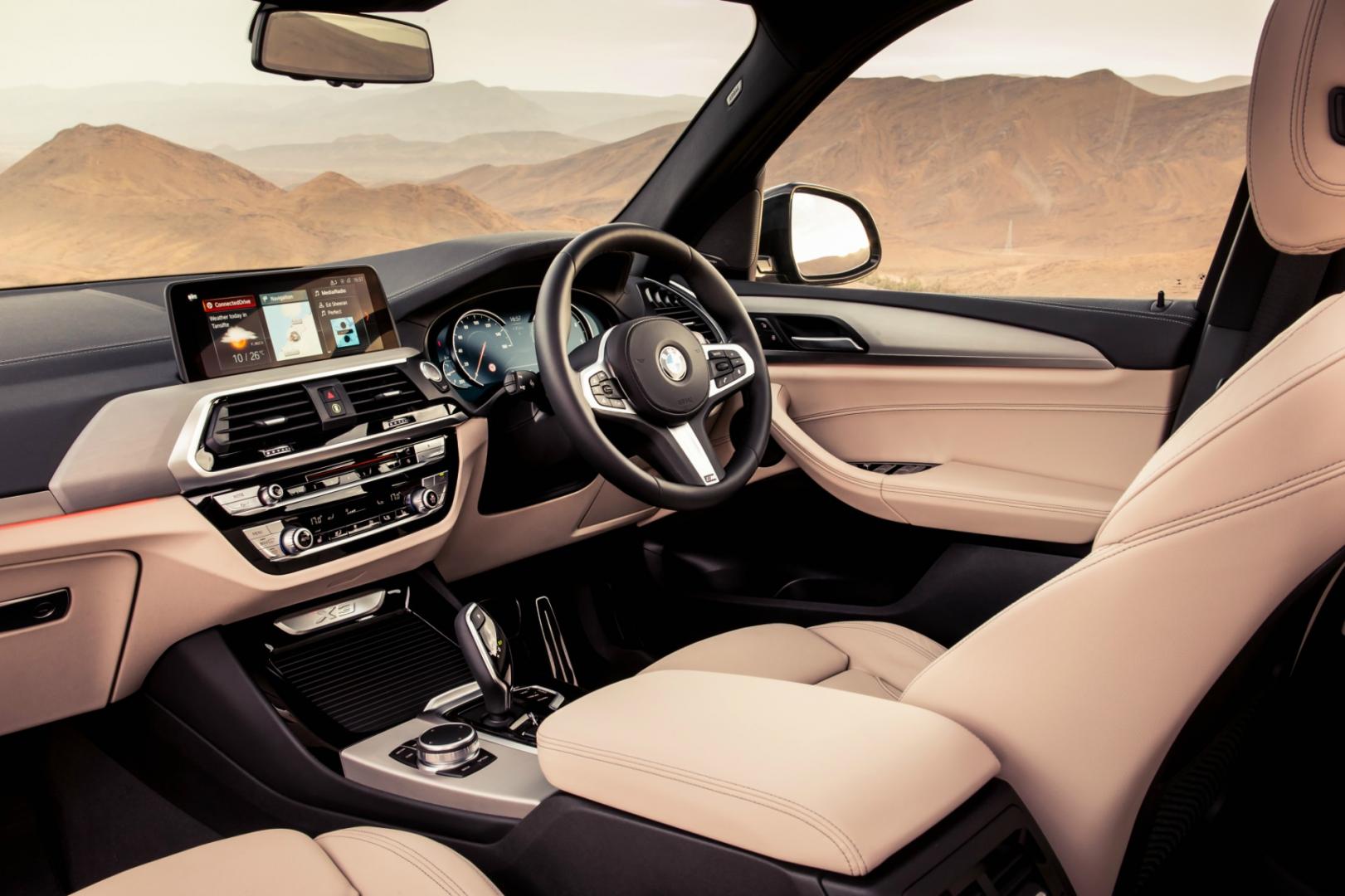 Speaking of the cabin, BMW has upped its game even further when it comes to refinement. The X3’s interior mood surpasses that of Audi’s Q5 and quite frankly rains on the Jaguar F-Pace’s parade. The Bavarian car firm now chucks in softer grain hide, and you can feel the difference when seated in the cosseting material. Only some cheaper plastics lower down in the footwell seem at odds with the overall classiness.
The new-for-2018 X3 utilises the same platform as BMW’s 5 and 7 Series saloons, and makes use of some of the models’ tech.  Flick through the time-consuming options inventory and you’ll discover a 3D head-up display and digital dials. But the factory-fitted kit will do for most motorists. As well as the de rigueur leather seats, the SE X3 boasts 18-inch alloy wheels, LED headlights, three-way air con (much needed in desert temperatures) and heated front seats. The xLine model I drove adds 19-inch wheels, additional body styling for a swankier look and sports front seats. Naturally, it’s the M Sport X3 that will be the choice for those with a jauntier disposition. Its M badging, athletic tailoring and hunkered down suspension can’t fail to impress – unless you’re desperate for ground clearance, as we were a few times driving over sand dunes. You probably won’t have much time behind the wheel experiencing sand dunes in the UK, though. Snow drifts this winter are more likely.

Finally, when it comes to space, the new BMW X3 is roomy. Two six-foot-tall adults can chill out behind a driver and passenger of the same height. And boot room hasn’t been overlooked, either. The load volume of 550 litres or 1,600 litres with the seats down is good, albeit standard for the segment.