We take a look at the smallest member of Audi’s “Q” family; the Q2 compact crossover!

Say hello to the smallest member of Audi’s SUV “Q” family; the Q2 compact crossover! A mildly jacked-up mini SUV designed specifically to live in the city and venture out every once in a while; it’s Audi’s attempt to attract younger buyers by hitting the small SUV sweet spot! If we were being cynical we would call the Audi Q2 a fractionally raised A3 Sportback and, while it does share some similarities (platform, engines & safety systems), it is 130mm shorter and slightly taller/wider than the five-door A3. Compared to rivals such as the Mini Countryman and Volkswagen Tiguan the Q2 is also competitively priced with the base model at just over £20,000 however, the sportier & higher spec variant; the SQ2, sits at a much higher price point.

Under the attractive and modern exterior styling you might have guessed there’s nothing particularly rugged or sporty about the Audi Q2 – it’s very much of the soft-roader variety. As with the Q3, the model’s physically longer suspension travel is kept on a short leash. Larger undulations reveal slightly more body movement than is usually typical of Audi’s hatchbacks, but the sensation tends to be held rigorously in check; ditto with the lateral roll when cornering. Progressive steering where the ratio increases the more you twirl the wheel, is standard on every model and actually gives the Q2 decent agility when weaving between traffic and potholes. 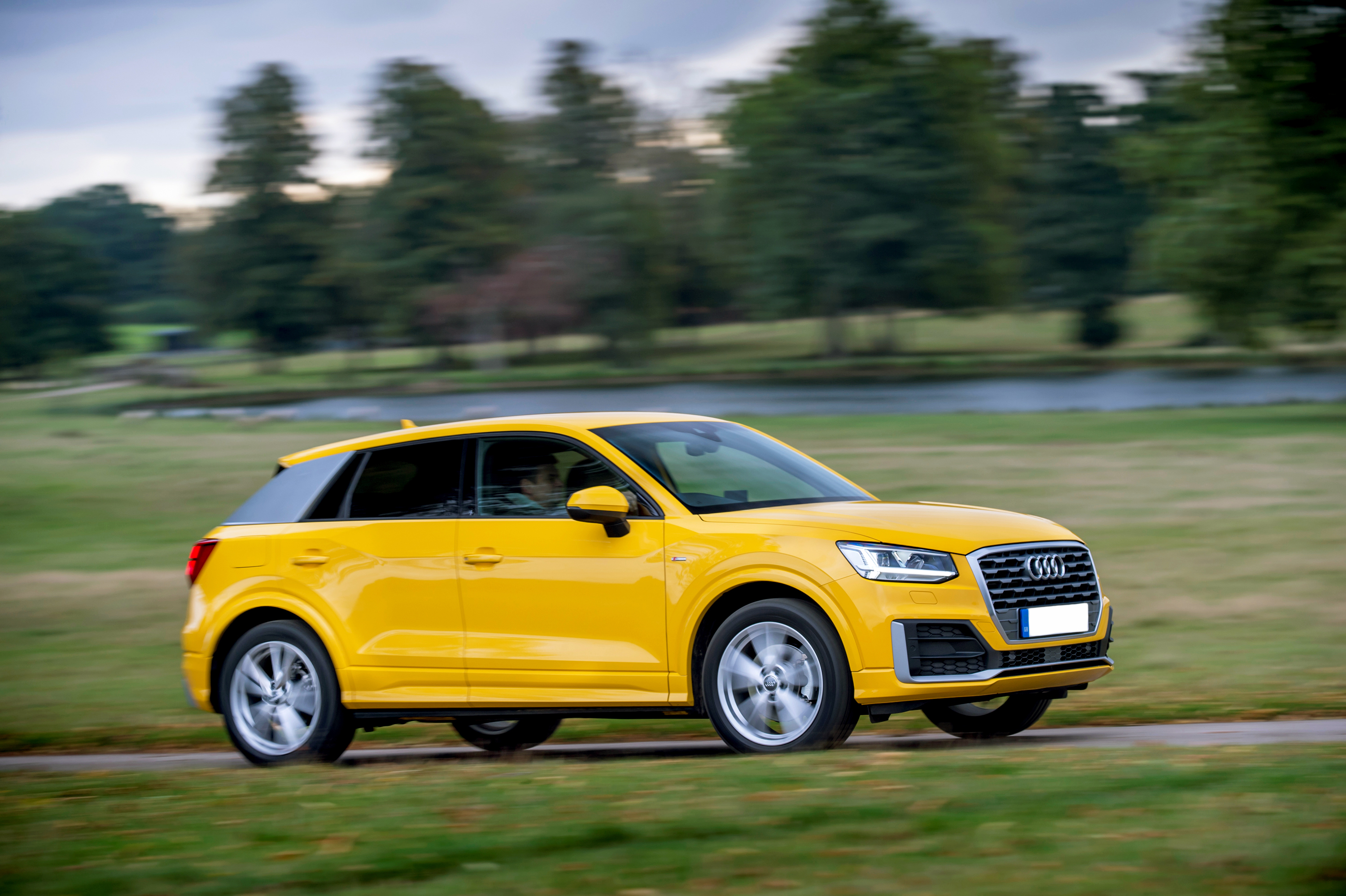 The Audi Q2 is available with a vast array of both petrol and diesel engine options. The base model 1.0 TFSI SE produces 116bhp and is capable of getting from 0-62mph in 10.1 seconds. Hindered by a slightly larger kerb weight over the normal A3, the engine fails to conjure up the kind of energetic top-end momentum some drivers may desire, feeling more functional than expressively fun to drive. Economy-wise the Q2 gives a respectable combined MPG of 55.4 which will be capable of providing a genuine 500-mile range in the real-world. If you’re after a more sporty feel for the small crossover, there are a range of more powerful engines to choose from; although there is some sacrifice with economy as well as the more premium SQ2 model variant.

On the inside Audi’s interiors are usually top of the pile, and the Q2 doesn’t let the side down. It’s aesthetically pleasing but slightly revised to make some bottom-line savings compared with the material choices made in the A3, but none are dramatic enough to dampen the feel. Audi’s infotainment system has evolved into an admirable bit of kit, doubtless buyers will appreciate the fact that even the cheapest Q2 earns the basic set-up, incorporating both Bluetooth and DAB. Sat-nav can also be added as part of the Sport trim, as well as 17inch alloy wheels, automatic lights and wipers, front sports seats and lots of aluminium interior trim. Opting for the S line adds 18in alloy wheels, sports suspension, LED headlights, an aggressively-styled bodykit, a cloth and leather upholstery and LED ambient interior lighting. Given the right-sized nature of the cabin, it’s to Audi’s credit that there’s been no sacrifice of boot space practicality; at 405-litres the crossover is rated as marginally more spacious than the A3 Sportback. Legroom in the front and back will be suitable for an average-size adult due to the roofline but seating a third occupant in the rear would have to be a temporary arrangement. 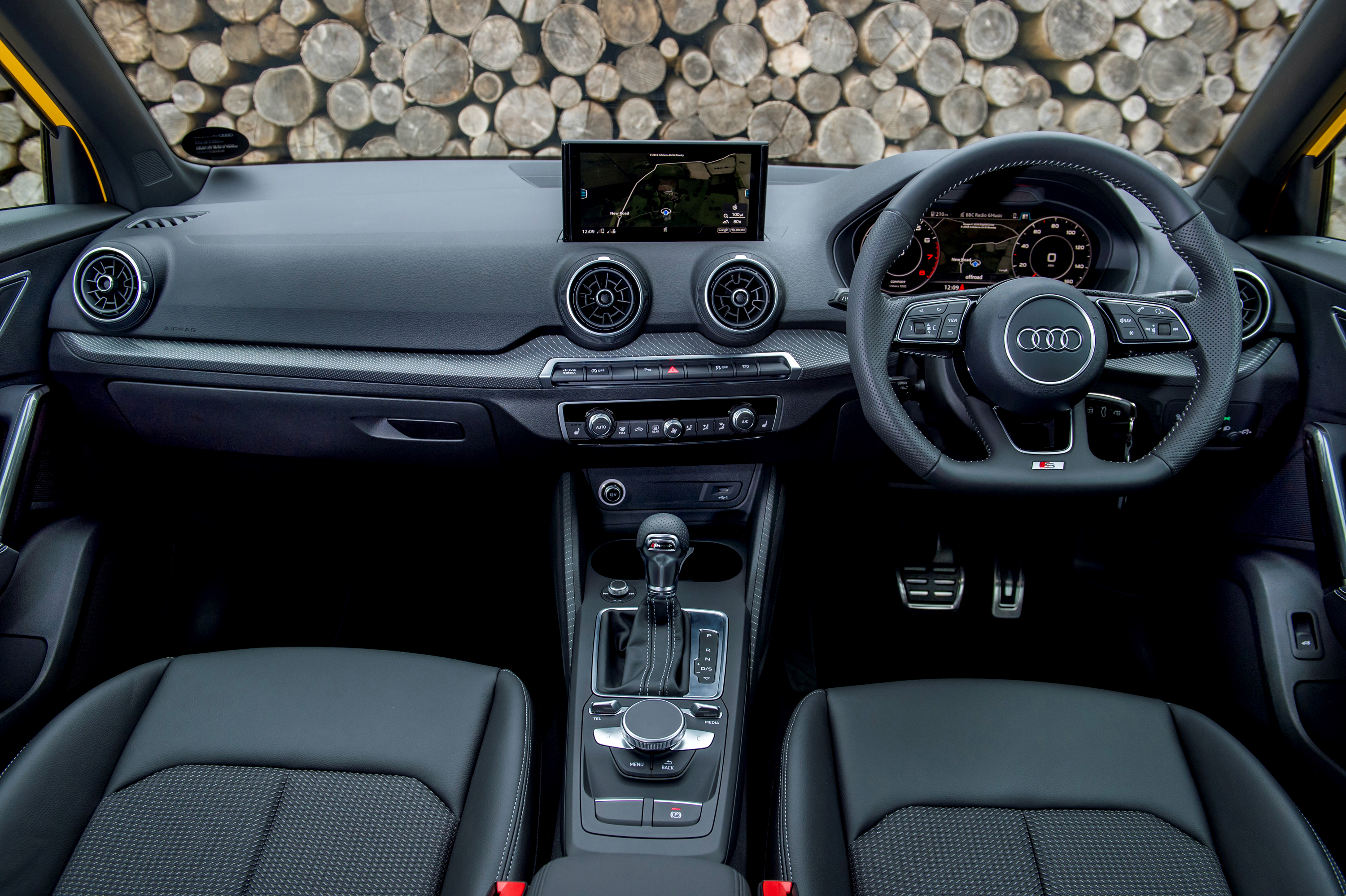 Should you buy one? The Audi Q2 is certainly a great option to consider against rivals being sufficiently practical, comfortable and economical to convince anyone desiring a compact crossover. With attractive and modern styling both inside and out, it certainly has the premium feel many drivers lust for. It is not unreasonably priced, yet there are bigger better-equipped and better-value rivals around the same range. Acting as a raised-up hatchback the Q2 is more of a niche market but no doubt will sell in large quantities due to the growing popularity of crossovers!

Other Audi Reviews by CarCliq