We take a look at why a recent news headline has sparked calls for changes to be made to the legislation regarding mobile phone usage behind the wheel!

Recent news of the High Court overturning the conviction of 51-year-old man who had been using his phone to film the scene of a collision as he drove by has caused much discussion by the media, motoring organisations and the general public! This ruling seems to highlight a loophole in the current law on the use of a mobile phones while driving that was introduced in 2003 because “the legislation does not prohibit all use of a mobile phone held while driving”. Instead it states that an offence is only committed if a driver uses a handheld mobile phone for “interactive communication” which leaves a whole other range of uses in modern smartphones seemingly legal; although drivers could still be prosecuted for more serious offences such as careless or dangerous driving!

Although penalties for mobile phone usage behind the wheel have risen since the law’s introduction making it tougher on drivers the specific wording has not been changed leaving these loopholes as smart phone technology advances. GEM road safety officer Neil Worth said on the matter that “The government’s failure to bring legislation up to date is putting lives at risk.” and that “the wording of the law is insufficient and cumbersome, only stating “interactive communication” as an illegal use of a mobile phone when driving, when we know it is clearly unsafe to use your mobile phone for any purpose when driving.”. 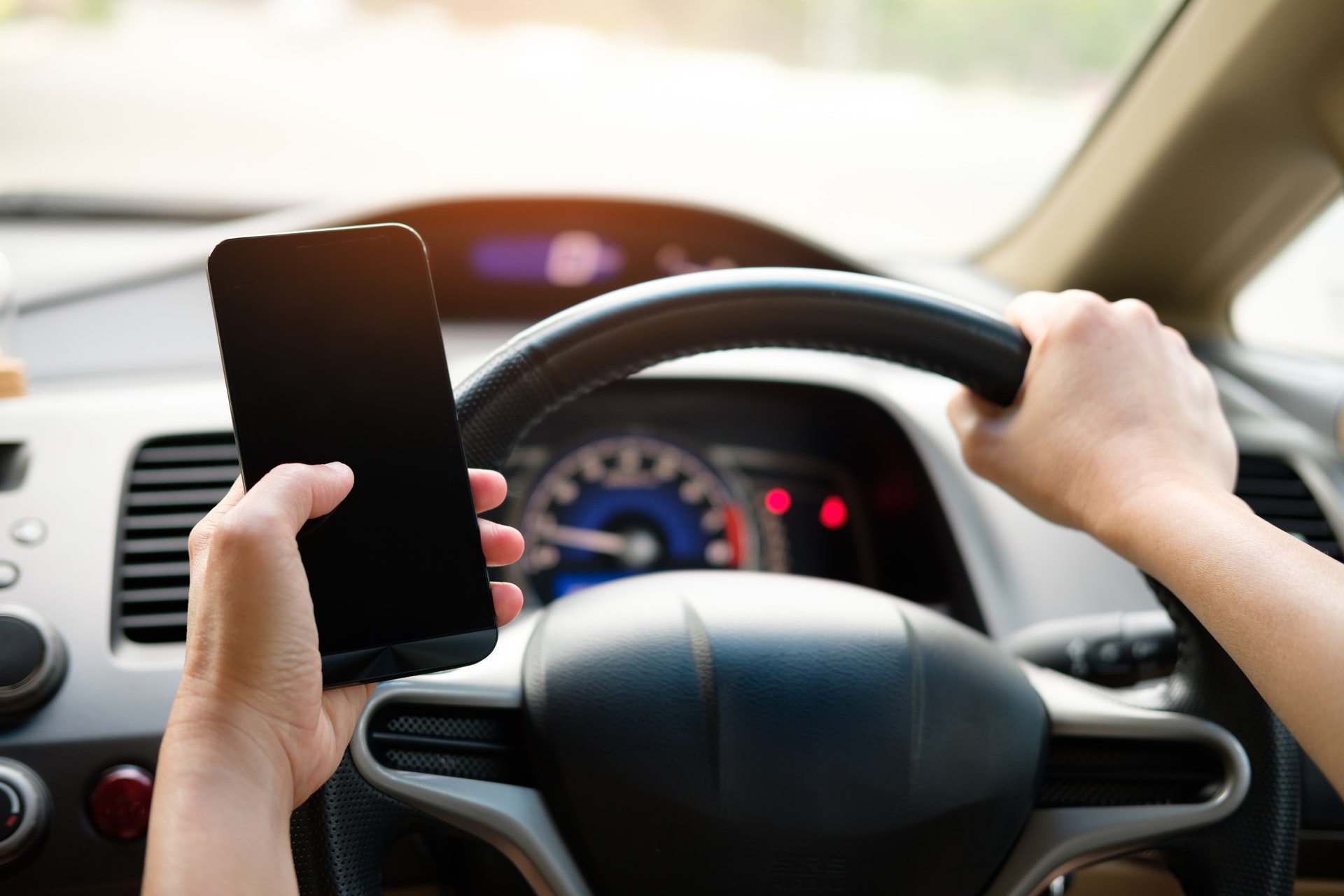 Currently it’s advised that you’re only allowed to use a mobile phone when you are safely parked with the engine off and the handbrake on. The only exception to this is if it’s an emergency and it would be unsafe or impractical to stop, in which case you may call 999.

Using your phone in any other driving situation, including when you’re stationary at traffic lights or queueing in traffic is not permitted and don’t assume using your hands-free kit or Bluetooth car connection means you are in the clear because you are still allowing yourself to be distracted from the task of safe driving which means you could be prosecuted for not being in control of your vehicle.

Our advice is to check your phone before you set off, put it out of reach and out of mind while driving and only use it when you reach your destination or if you stop safely for a break on route.

Let us know your thoughts on these calls for changes to the legislation of phone usage via our social media channels!

Read Other CarCliq Articles that may Interest you: