Top tips to avoid your phone while driving!

With mobile phone usage behind the wheel still a big issue we give you some top tips on how to avoid it!

Despite the tougher penalties for using a handheld mobile phone at the wheel a study has shown ten million drivers still break the law by doing so!

Research by the Royal Automobile Club (RAC) said 47% of motorists aged between 25 and 34 admitted making or receiving calls while driving, up seven percent from the previous year. A quarter (25%) of drivers in all age groups which is the equivalent to 10 million people - said they had done so, an increase of one point from 24% in 2017.

The most popular reasons included using phones to send texts, post on social media or check emails and almost a third of drivers (30%) aged 25 to 34 admit to taking photos, selfies or videos while driving; more than double the proportion of all drivers who do this at 16%. Another potential reason for this rise in phone use behind the wheel is the increasing popularity of using mobile phones for navigation meaning they are positioned in full view/touching distance in front of the driver throughout the journey.

Since March 2017 anyone caught using a handheld mobile phone while driving has faced having six points placed on their licence and a £200 fine. A 2017 report found these harsher penalties appeared to have done the trick, with levels of phone use behind the wheel dropping but this seems to be on the rise again according to the RAC study with drivers returning to their old habits.

Using a mobile phone while driving contributed to crashes in which 43 people died and 135 were seriously injured on Britain's roads in 2017 so it’s a very important issue for your safety and the safety of everyone else on the road and even those on the pavement. It can only take the split-second distraction of receiving a message to cause an accident! 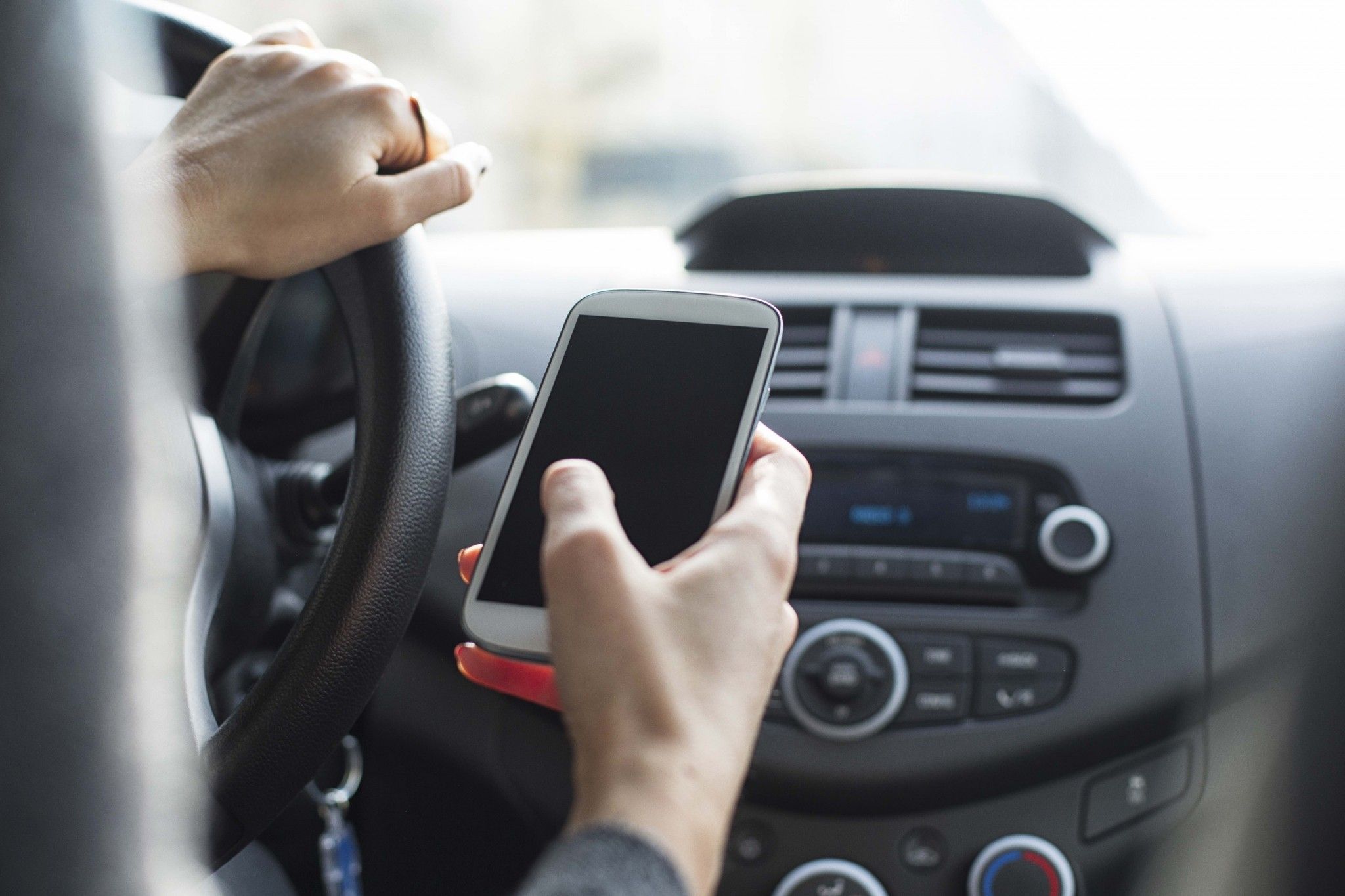 Take a look at our top tips for avoiding your phone while driving:

•             Flight Mode/Power Off – When you get in the car turn off your phone or turn it onto flight mode for the duration of the journey. Both of these will stop all incoming messages/notifications while you are driving ensuring that you are not distracted by them or tempted to check your phone.

•             Phone Placement – If having your phone on you is too much of a temptation then you can think about the position of your phone in the car. You need to place it somewhere that you won’t be able to access while driving such as inside the glovebox, in a bag behind your seat, in the pocket on the back of your seat or even in a bag in the boot of the car. So even if you are tempted to use it you won’t be able to!

•             Smart Apps – Specialised apps that are built into some phones or that available to download from the app stores can be used to prevent you using your phone on the road! They work in a couple of ways either by tracking your GPS location and locking the phone when they detect you’re moving at driving speed, by time locking the phone for a duration you set at the start of your journey or that you set as your “daily commuting hours” or by locking your phone once the app is activated until you reconnect to a set Wi-Fi network e.g. “home” or “office”. So even if you are tempted to pick up your phone you won’t be able to use it until the conditions for the app to unlock it has been met.

So the next time you sit behind the wheel, try out these tips and think twice before reaching for your phone; whatever the message/call it can wait while you’re on the road!

Have you got any top tips to avoid using your phone while driving? If so, let us know via our social media channels.