How To Use Cruise Control

We discuss how to use cruise control.

As the years progress, technology which was first considered revolutionary is now standard on many new cars. Features such as traction control, lane-keeping assist and cruise control can be found on almost all vehicles nowadays, but many drivers are still apprehensive when it comes to using cruise control, with many avoiding to use the feature because they don't know how to use it or are anxious that it won't work. That's why we at CarCliq have put together this useful guide on cruise control and how to use it, when best to use it and if it can really save you money. 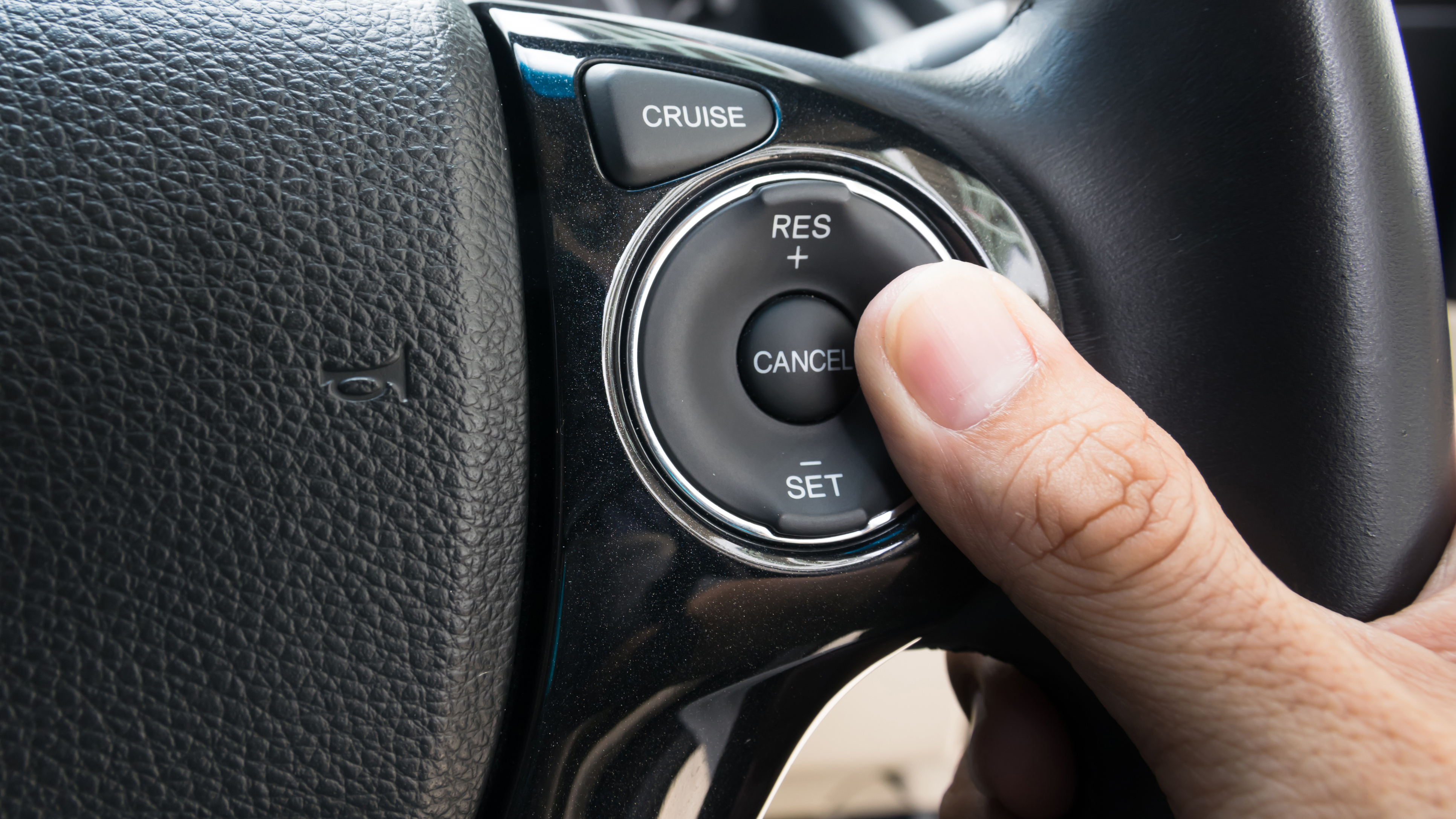 When was cruise control invented?
This goes back to the 1940's with a blind American mechanical engineer Ralph Teetor, however, speed control originates from the 18th century to regulate steam engines.

How does cruise control work?
This electronic system enables you to set the car's accelerator to a chosen speed, therefore you can take your foot off the pedal. It can be activated through pressing buttons whilst driving, these being 'on/off', 'set', 'cancel' or 'resume'. It's mainly used on motorways or A-roads that doesn't involve you having to perform frequent stops or turns. It's also great for avoiding those dreaded speed cameras particularly on roads with speed regulations due to roadworks!

How to use cruise control:

Build up your speed, as cruise control works most effectively from at least 30mph.

Switch on cruise control. This should be done once you reach your desired speed and the buttons should be found on or behind the steering wheel. A light will appear on the dashboard once it is actioned.

IMPORTANT NOTE: You can find the location of your cruise control buttons in the car handbook, so do this before you begin using cruise control.

Set the cruise control. Once the system has been switched on, you need to press the set button to allow you to travel at the current speed you're at. This will allow you to remove your foot from the accelerator.

Accelerating/decelerating. To accelerate you can either press the '+' button or apply the accelerator pedal and to decelerate, you press the '-' button or the brake, braking can sometimes cancel or switch off cruise control so beware before you take your foot off the pedal and find yourself quickly slowing down!

Cancelling/resuming cruise control. When you want to retain full control of the car, you can switch off the system off and if you want to return to the programmed speed you were at, just press 'resume'.

Does cruise control save you money?
By heavily accelerating or braking it can cause us to use significantly more fuel than maintaining a set speed. Therefore, cruise control can save you money and, according to the Department for Transport, driving at a steady speed of 50mph instead of 70mph can improve fuel economy by 25%.

When should I avoid using cruise control?
Although cruise control can deliver many great benefits such as better fuel efficiency and you're less at risk of speeding, there are some occasions where it can prove to be impractical. These including things like heavy traffic, winding roads, going downhill and when approaching a bridge. Weather conditions such as snow, ice, heavy rain and hailstones can also affect your grip on the road, therefore it's best to have full control of the car.

Cruise control can deliver some greatest benefits when it comes to improving your overall driving experience, however, make sure you know where and how to use cruise control safely!

Have you been anxious to use cruise control? Will you now be using this feature? Let us know how you got on via our social media channels.

Why You Should Fix Body Damage Straight Away