Renault to launch the new Zoe collection next spring.

Renault’s new supermini ZOE is available to reserve now ahead of its UK showroom launch in Spring 2013 to mark a new era of electric vehicles for all.

The flagship vehicle of the French brand’s four-strong 100 percent electric vehicle range is stylish, affordable and incredibly versatile – perfect for commuting, supermarket and school runs, and for households who want to downsize their engine and carbon footprint.  With an NEDC homologated range of up to 130 miles and an on-the-road price from just £13,650, and available to reserve at just £49.00. ZOE is the first affordable car for everyday use to have been designed from the ground up as an electric vehicle. 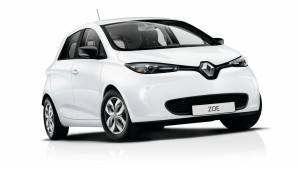 ZOE packs the industry’s most advanced technology, including no fewer than six ‘world premiere’ features and 60 patents designed to deliver user-friendliness, range and connectivity.  The hotly-anticipated Renault comes in the wake of the Fluence Z.E. saloon, Kangoo Van Z.E. and the innovative urban runabout Twizy to make zero-emission mobility a reality for ordinary motorists – one of the pledges of Renault’s 'Drive the Change' signature. 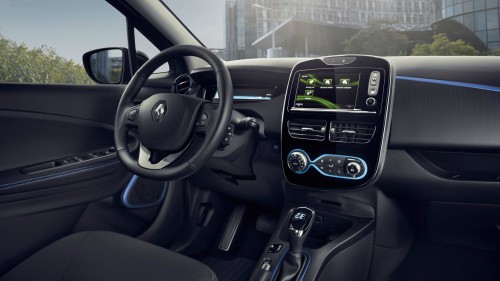 It has the longest range of any electric vehicle with an NEDC cycle figure of up to 130 miles
ZOE packs the industry’s most advanced technology, including six world firsts designed to deliver user-friendliness, range and connectivity
ZOE will be the spearhead of the 'Renault 2016 – Drive the Change' plan to cut its global carbon footprint by 10% between now and 2013 and a further 10 percent between 2013 and 2016
Andy Heiron, UK Head of Electric Vehicles Programme, said: “ZOE will be the spearhead of the Renault Z.E. range. In addition to its compact size, attractive styling and affordable price tag, it showcases Renault’s technological excellence when it comes to electric vehicles.  ZOE also heralds the beginning of a new era of electric mobility for all and confirms our commitment to electric vehicles. It marks an important step for Renault which has a 114-year history of making major innovations a concrete reality for everyday motorists.”