This supercharged supermini has driver appeal and talent.

This new Toyota Yaris GRMN is described as a simple and likeable hot hatch which caters to most drivers’ needs – from those who enjoy the thrills of the road to someone who’s looking for something practical too.
Its acronym GRMN stands for “Gazoo Racing Meisters of Nürburgring”, this will be branded on all of Toyota’s most performance-focused models. The manufacturer also states they feel the Yaris GRMN has no natural rivals, although, in the market, they are numerous fast and powerful hot superminis available for sale – that sounds like Toyota may have a few more rivals than they think.

The spec on this model is truly unique. In the society of turbocharged hatches, the 1.8-litre supercharged four-cylinder engine proves Toyota is determined to do things the “Toyota way”. Its engine produces a respectable 209bhp and 250Nm of torque, which is sent to the front wheels through a six-speed manual transmission and a Torsen limited-slip differential. 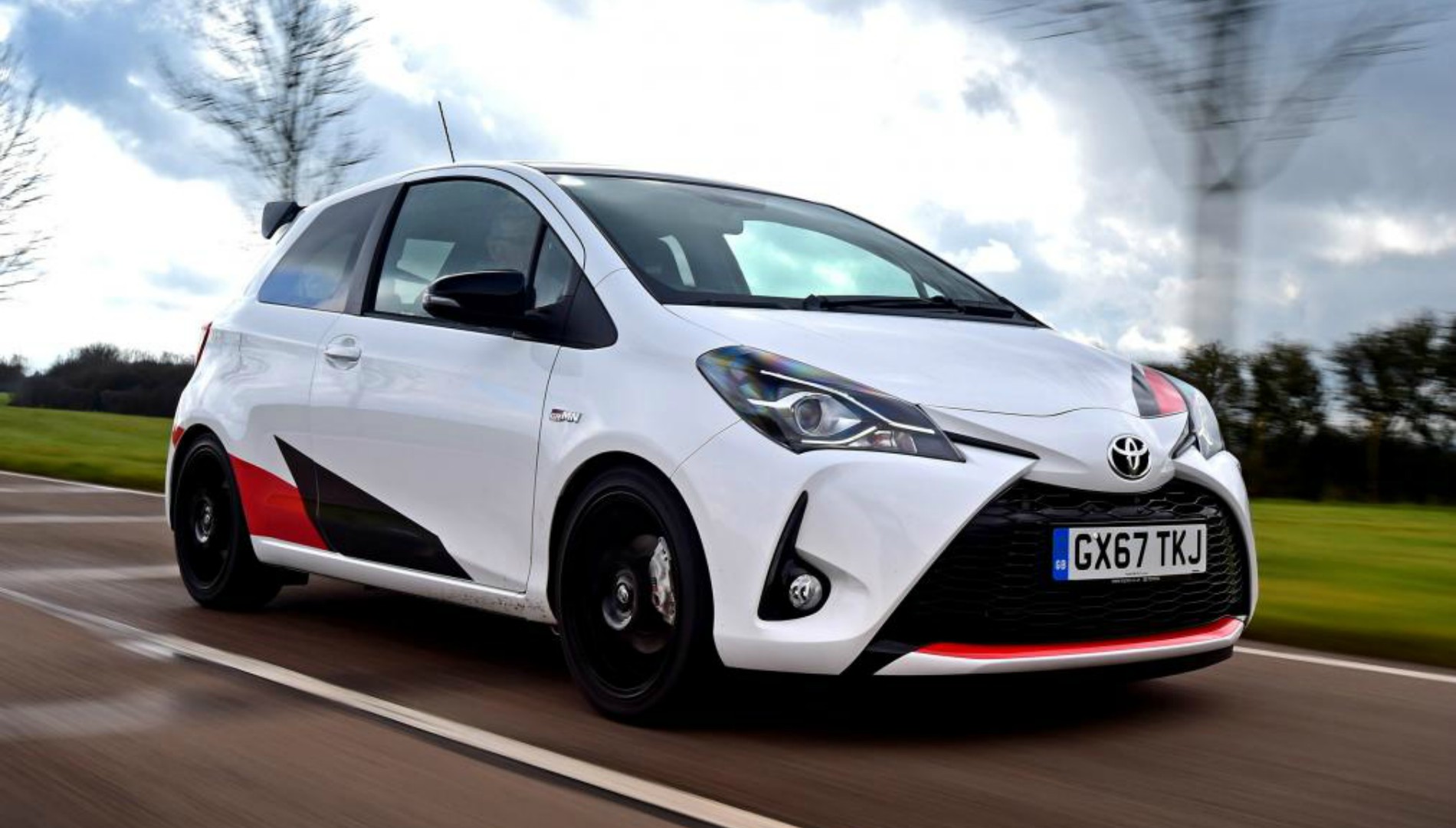 Toyota has tweaked its chassis to cope with the power by stiffening the structure and implementing a firmer suspension which has been lowered by 24mm to reduce the centre of gravity with bespoke Sachs dampers. Whilst also including big four-piston front brake callipers, clamp grooved and ventilated discs.

With these modifications to the model, this has resulted in a car that drives smoothly on bumpy and twisting roads in the UK. In comparison to its rivals, their engines deliver power through a turbocharged lump at the lower and mid-reaches of the rev range. The Yaris’s supercharged motor stimulates you to keep the throttle pinned because the free-revving feeling and rush towards the top end is known to be addictive.

Whilst driving the Toyota Yaris GRMN, you should be able to feel the diff working on the way out of corners and how you can carry serious speed into and through them thanks to those chassis modifications. Although this model delivers speed and power, it also takes into consideration driver comfort, with plenty of compliance in the top part of the suspension’s travel. If you were to work the chassis harder, it offers an exceptional level of support, however, its ability does peak to an extent over the worst roads at a higher speed.

What really catches the eye with the Toyota’s exterior, is its more aggressive front fascia, the restructured nose, and the revised headlights. In comparison to other Yaris models in the past, the opening is wider at the bottom, while the grille has a sporty honeycomb mesh. Also, the cut-outs that house the fog lamps have been redesigned too, with thinner black trim toward the headlamps (these are also a new feature). 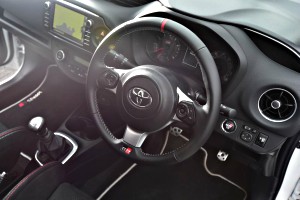 In terms of interior, the Yaris GRMN has some ‘ultrasuede’ sports seats that hug you in like a bear; although the part which lets this feature down is the way you are positioned in the driver seat. As you sit high at the controls, close to the pedals, and if you’re 6ft 2 or above – finding it comfortable to drive in this car will prove to be a struggle.

The car also fails to give you quite enough steering column reach adjustment, and its pedal layout puts too much fresh air between brake and accelerator to make for easy heel-and-toeing, which is something that drivers in the market for a performance car of this focus and tastes are likely to want to do.
So, is the Toyota Yaris GRMN 2018 worth keeping in mind when looking at buying your next hot hatch? We feel that if you are willing to spend £26,295 on this hatch, it will with no doubt provide driver comfort and thrills. However, if you like your space and roomy interior, you may want to consider other models.