Yes you read that correctly, airless tyres may soon make punctures a thing of the past!

Michelin and General Motors (GM) have teamed up in the creation of an airless tyre they’re calling “Uptis” (unique puncture-proof tyre system). While the concept of airless tyres has been around for many years this new development marks a step forward with the creation of a tyre that sufficiently replicates the characteristics of a normal one!

Michelin says the Uptis tyre, which is made from composite rubber and resin-embedded fibreglass, can “bear a car’s weight at road-going speeds” thanks to material and structure improvements over previous developments that could not support as much weight, or travel at high-enough speeds. 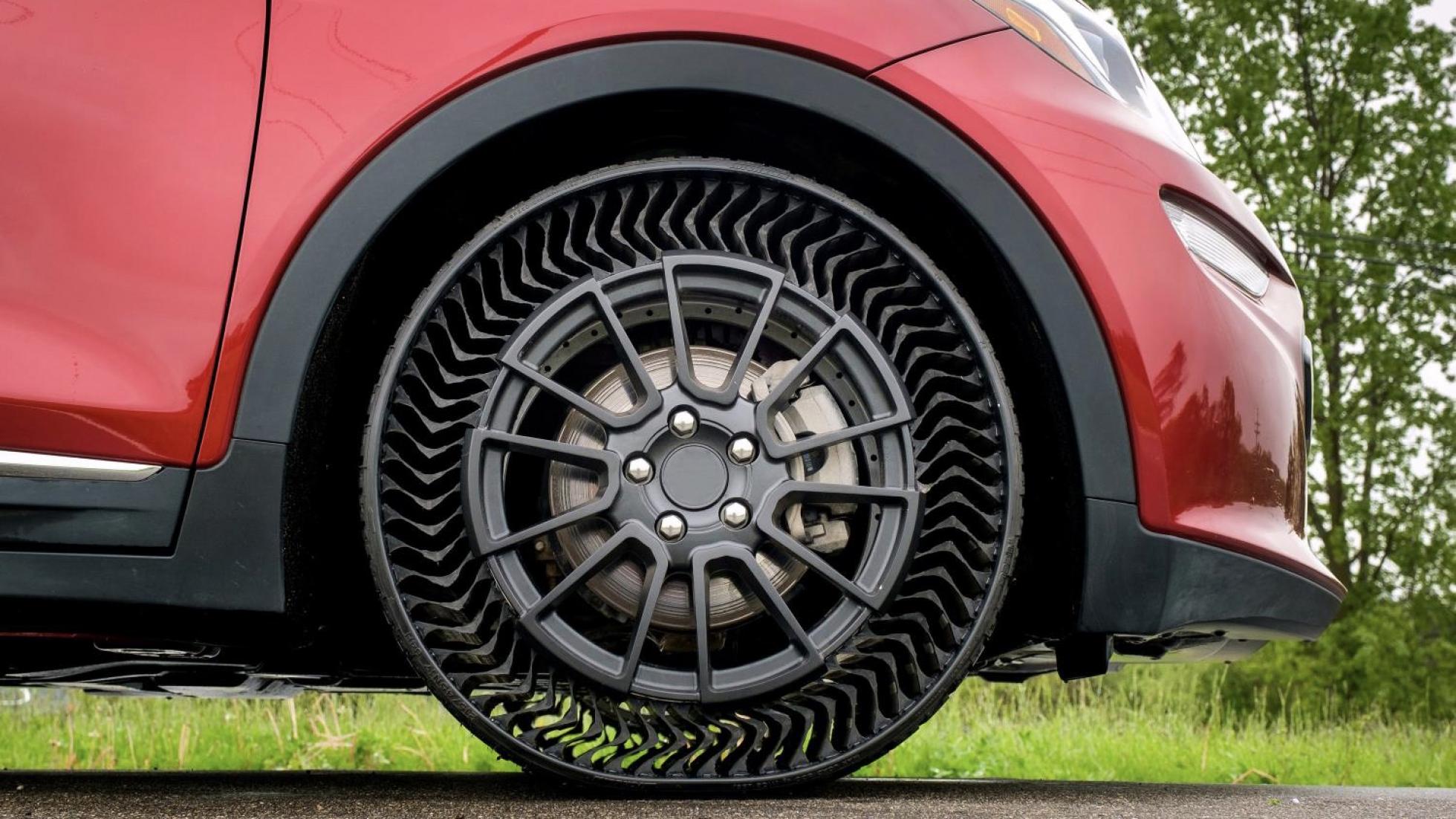 So what’s the point of an airless tyre? Well the obvious benefits are that the risk of punctures and blow-outs will be totally eliminated say Michelin and GM. Alongside this it also means that excessive wear caused by over or under inflation of air-filled tyres that leads to a reduced tyre life-span will be also be eliminated - Michelin claims some 200 million tyres are prematurely scrapped every year because of damage. This means tyres can be replaced much less often, so fewer can be produced which in turn saves on the raw materials, energy and emissions in production.

In the near future airless tyres will also be good for autonomous cars as they will demand near-zero maintenance from the tyre to maximise their operating capabilities. So you won’t have to worry about pumping up the tyres or getting a puncture/blow-out on an autonomous car!

Michelin and GM are due to start real-world testing for these airless tyres later this year to see how they handle prolonged usage under a variety of different driving conditions.

Other CarCliq Articles That May Interest You: