Diesel is out and hybrid is in!

Diesel seems to be dying, and that’s a shame for a lot of people. There are a lot of good diesel-driven cars out there, and the scrapyard is where government leaders would like to see them. Therefore, it seems odd that automakers are still churning them out. Indeed, many of the car launches I go on include oil-burners.

However, that’s not the case with Honda. The Japanese firm has committed itself to an electrified future and claims that by 2025 two-thirds of its European transactions could encompass electrified vehicles (EVs).

The brand aims to usher in a full urban EV later next year, but its first step towards this new age is a hybrid version of the CR-V. The model is in its fifth-generation, and the hybrid powertrain is already housed within the Accord saloon in the United States. That means it’s a proven unit, so its debut in the CR-V over this side of the pond looks like a safe bet. 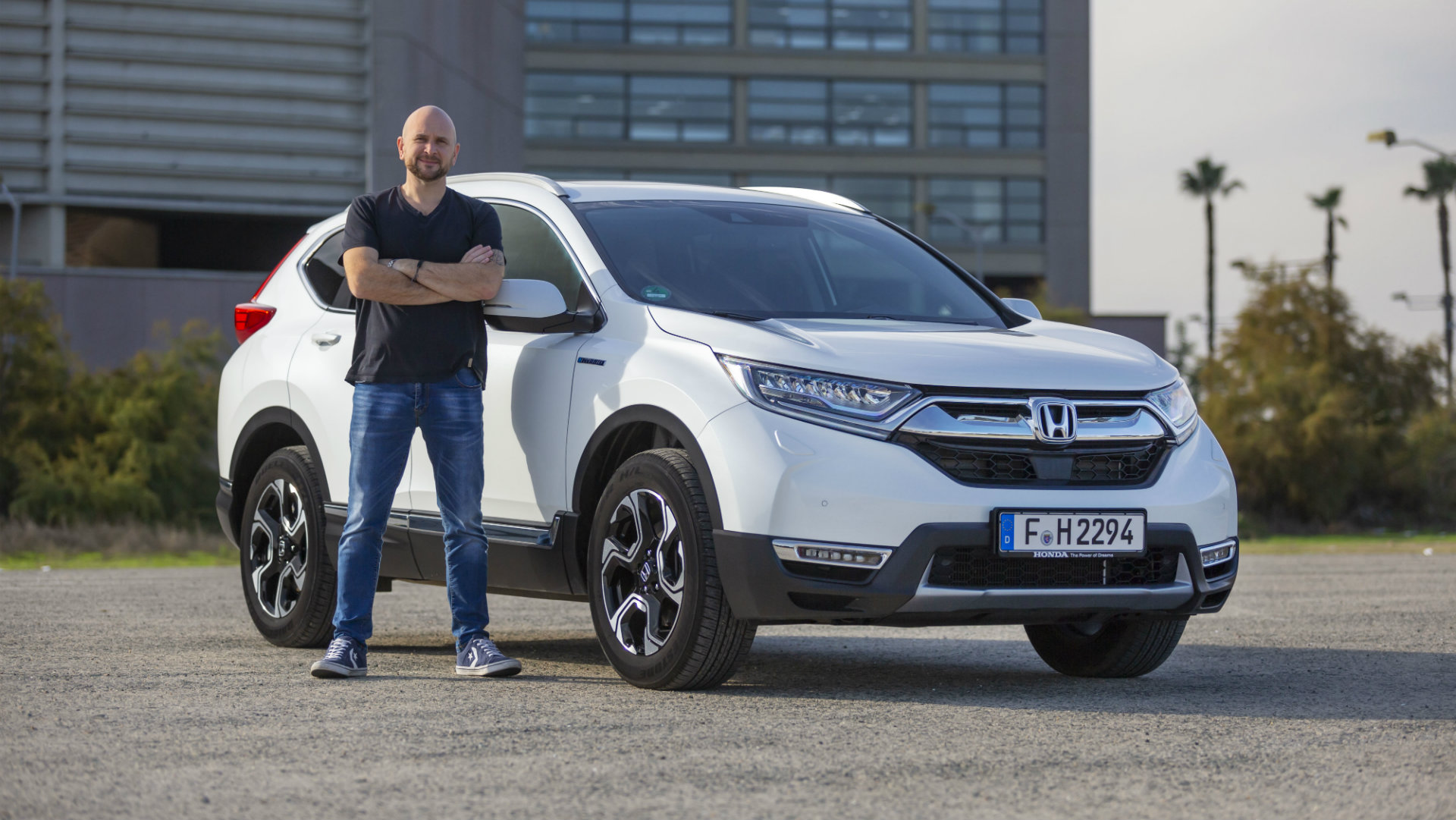 The system is named Intelligent Multi-Mode Drive (i-MMD), and it facilitates a trio of drive settings. All-electric can be selected in EV Drive, but only for limited amounts of time, due to the minuscule 1kWh battery bundle. Hybrid Drive utilises the clout of the 2.0-litre petrol engine, which runs at low revs to run one of the Honda’s electric motors. This then produces the muscle used by the other motor for momentum. Engine Drive shuts a clutch to allow the front axle to be propelled by the petrol motor, while the transmission is a single fixed ratio transmission. Both all-wheel drive and front-wheel drive versions are offered.

So, in Hybrid Drive, the simplest way to understand how the Honda powertrain works is to imagine it being akin to a hydrogen fuel cell car – but, instead, it’s using petrol to produce a charge for the electric motor.

The CR-V Hybrid favours EV Drive or Hybrid settings when it’s not on the motorway. This means the engine is either not running, or it’s just trickling power to the battery pack. But the best bit is that the Honda automatically sorts through its trio of modes depending on what your driving is like - and the changes are virtually flawless.

If driven conservatively, the CR-V Hybrid is a hushed and comfy car. The cabin is refined, and the switchgear falls easily to hand. The paddles behind the tiller enable you to change the intensity of the energy recuperation system, as well. There’s also a Sport setting, which is meant to give a quicker throttle response – but its influence is minimal.

The ‘green’ Honda rides pleasantly and absorbs potholes well, but the heavy car does suffer from body roll in corners. Generally, it feels like a decent set-of-wheels, though, and that’s where most of its allure lies. The CR-V Hybrid’s 51.4mpg fuel efficiency isn’t earth-shattering, but it’s comparable with most similarly-sized diesel-driven vehicles. It’ll be easier on the pocket than the standard petrol-propelled version, that’s for sure. 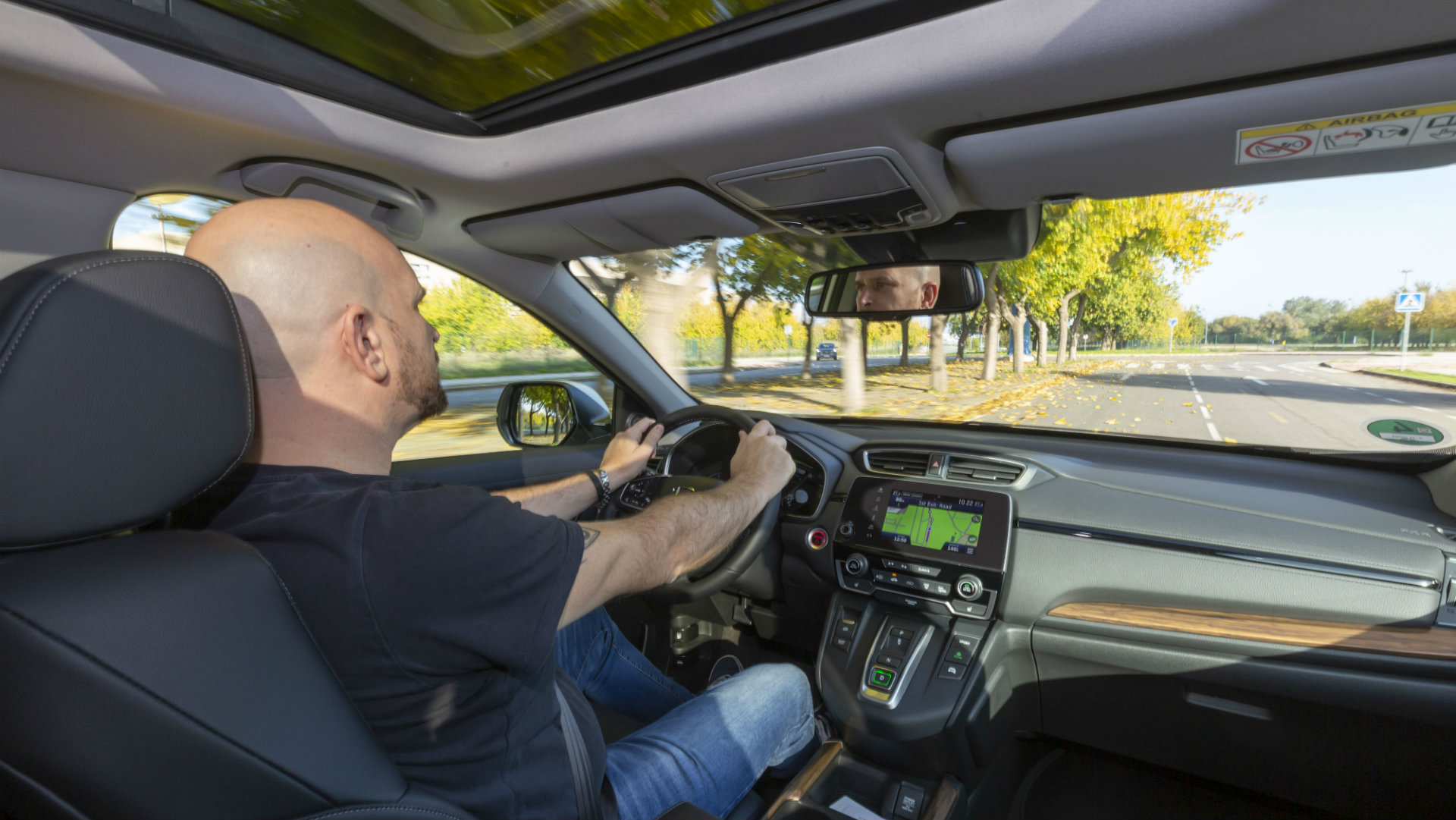 Alas, practicality isn’t as good with the CR-V Hybrid. This is because the environmentally-friendly power system cuts into the Honda’s boot space, slashing it from 561 litres to 497 litres. There’s a lot of handy room in the cabin, though - and leg and headspace in the rear are better than ever.

Keep an eye out for the new CR-V Hybrid – you can order it now, but it officially goes on sale in the UK in February 2019.