We take a look at Mercedes’ latest addition to their SUV range; the GLB.

Becoming the eighth model to join their SUV range, the Mercedes-Benz GLB offers the best of both worlds for those looking for a compact SUV while still needing the practicality of a seven-seater. Sitting between the Mercedes GLA and Mercedes GLC, the GLB is based on a modified platform similar to the one that can be found on the A-Class, making it smaller than other seven-seat rivals on the market like the Skoda Kodiaq, Volkswagen Tiguan Allspace and Kia Sorento. The BMW 2 Series Gran Tourer is the only other premium seven-seater around the same size and price range but lacks the SUV body type of the GLB, so how does Mercedes’ latest addition compare? 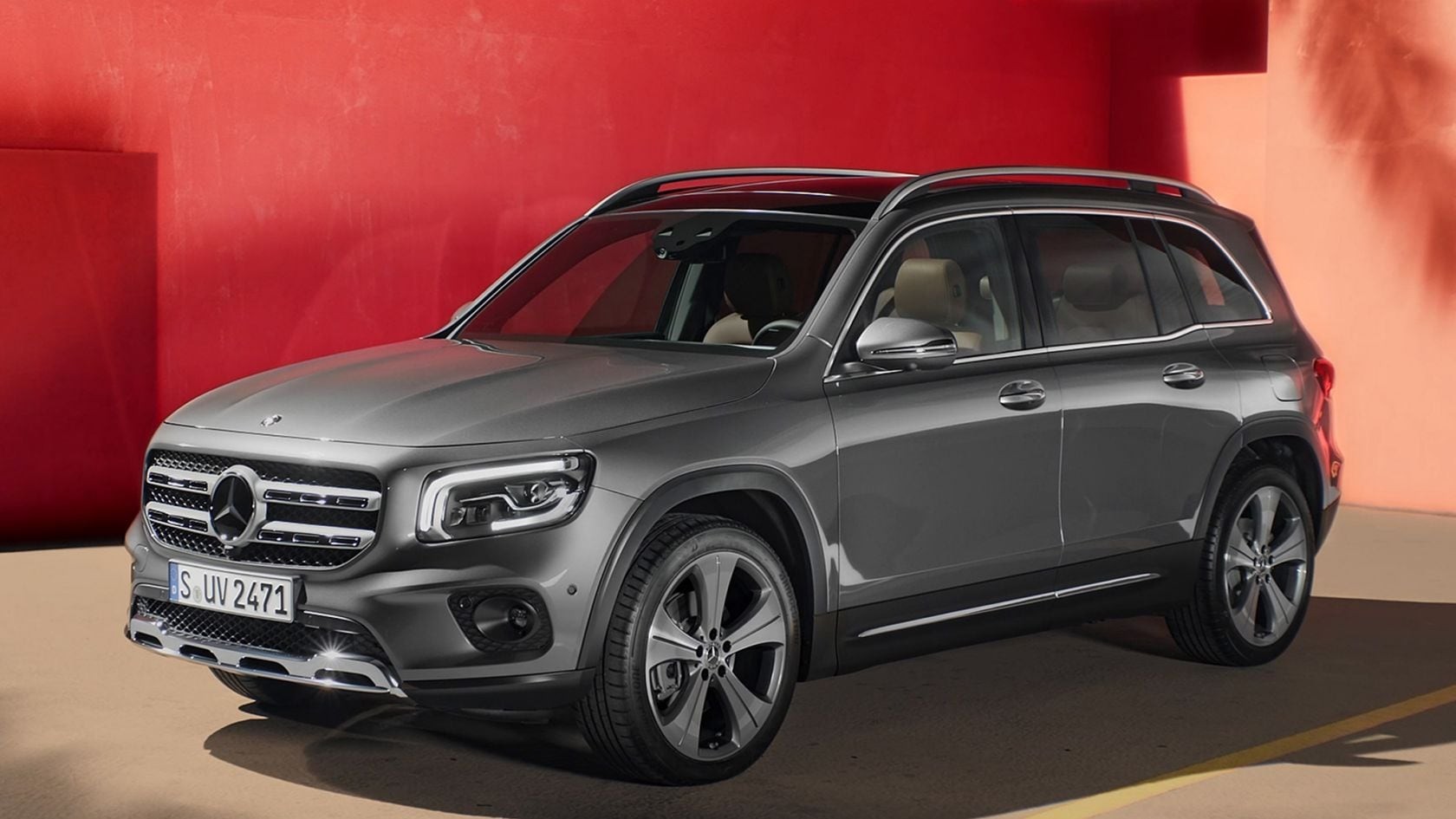 Across the GLB range, there’s the choice of Sport, AMG Line, AMG Line Premium and AMG Line Premium Plus trims that come with 7 seat configurations as standard with the AMG Line Premium being the only model to offer 5 seats. The majority of the range will be available in four-wheel drive with an 8 speed gearbox, while entry level models will come in front-wheel drive as standard and will feature a 7 speed gearbox instead. There’s also a variety of engines to choose from starting with the 161bhp 1.3 litre 4-cylinder petrol in the GLB200 and ending with the 187bhp 2.0 litre diesel in the top of the range GLB220d 4MATIC. The GLB200 will see the car power from 0-62mph in 9.1 seconds and will reach top speeds of 129mph whereas the GLB220d 4MATIC has an impressive 0-62mph time of 7.6 seconds, making it one of the fastest models in the seven-seater market and has a top speed of 135mph.

The GLB handles well, feeling eager to change direction and is rather agile at high and low speeds for such a tall car. The 4Matic all-wheel drive on the higher spec models also allows for better traction on wet roads and the various driving modes allow you to adjust the weight of the steering, changing it from light, which is best suited for city driving, to heavier for motorways and windy roads. As for noise, the petrol and diesel engines are surprisingly quiet, even on motorways. However, work them too hard and they make their presence known, from increased noise under the bonnet to intensified steering wheel vibrations, with rivals like Audi’s Q5 diesel engines offering slightly more refinement, being just that bit smoother and quieter in comparison. On the road, the GLB’s boxy shape does generate more wind noise at speed and, on the large wheel trims, road noise is more much pronounced on rougher surfaces.

In terms of the interior, the GLB’s cabin is perhaps the best in its class with soft leather furnishings and aluminium and polished black plastic covered surfaces, not to mention the range of tech with Mercedes’ latest infotainment system; MBUX, at the top of the list. While you don’t sit particularly high in the GLB, the large, square windows give good all-round visibility which is necessary when front and rear parking sensors, as well as rear-view cameras, are only standard on AMG Line Premium models and above.
As standard, the GLB comes with 18-inch alloy wheels, heated front seats, 5-7 seat configuration depending on the model and two 7.0inch digital display screens. Moving up the range will see the infotainment and instrument display systems increase to 10.25inches as well as adding sports seats and a rear-view camera while the top spec trims add keyless entry and start, self-parking, Apple CarPlay and Android Auto and also wireless smartphone charging. The AMG Line Premium Plus is better suited to long-distance drivers, adding driving assistance features to make motorway driving safer and more relaxing. Another feature on the top-spec infotainment system worth mentioning is the augmented reality navigation, which is essentially a live camera feed, generating a visual image of the driver’s surroundings with additional navigational information from directional arrows to guide you, to street names and numbers.

In terms of space, both drivers and passengers alike will struggle to find any complaints with the tall body creating a generous amount of headspace - even the optional sunroof does little to impact this. Rear passenger space is by far the best of any rival at this price point and more generous than its GLC brother, the long wheelbase allowing for three adults to sit comfortably in the back. Legroom in the second row on 7-seat configurations is adequate but the longer legged passengers may find themselves a bit cramped when it comes to knee room if they’re in the second or even third row and may be rather uncomfortable on the longer journeys. Boot space is also reasonable at 570 litres and is reduced by just 70 litres on the seven-seat options, still leaving you with a generous 500 litre capacity. There’s also plenty of storage space around the cabin in the form of door pockets, hidden storage in the centre armrest as well as a dedicated area for your smartphone. 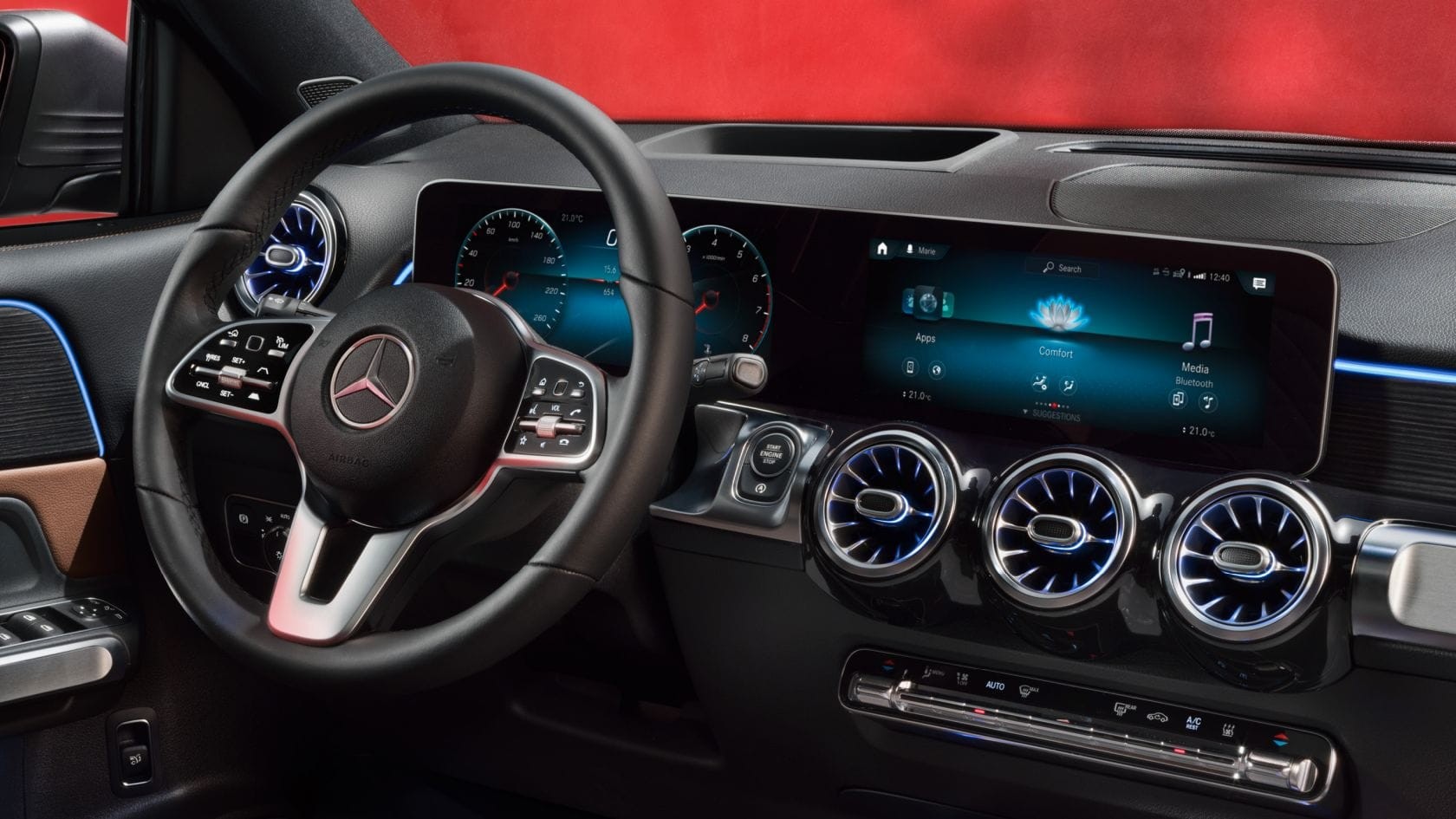 Should you buy one? The Mercedes GLB ticks lots of boxes particularly for those who are looking for a seven-seater that’s a little bit different to the rest. The GLB is competitively priced  against its premium seven-seat rivals, such as the Discovery Sport as well as the large five-seater SUVs, such as the Audi Q5. However, there are more affordable SUVs available that can still seat seven such as the Peugeot 5008 but if you’re after a car that’s nicer to drive, has a better interior and is ideally suited to the sort of tasks most families carry out on a daily basis then look no further than the Mercedes GLB.