We take a look at a great alternative in the supermini range; the Suzuki Swift!

Superminis remain one of the most popular vehicles in the UK, with the likes of the Vauxhall Corsa and Ford Fiesta competing for the number one position, but what about the other great options that are available? While the Suzuki Swift may not have always been the most stylish or stand-out-from-the-crowd model, there’s something in the distinctive styling and entertaining driving experience that make the Swift a reliable and affordable contender in the range. 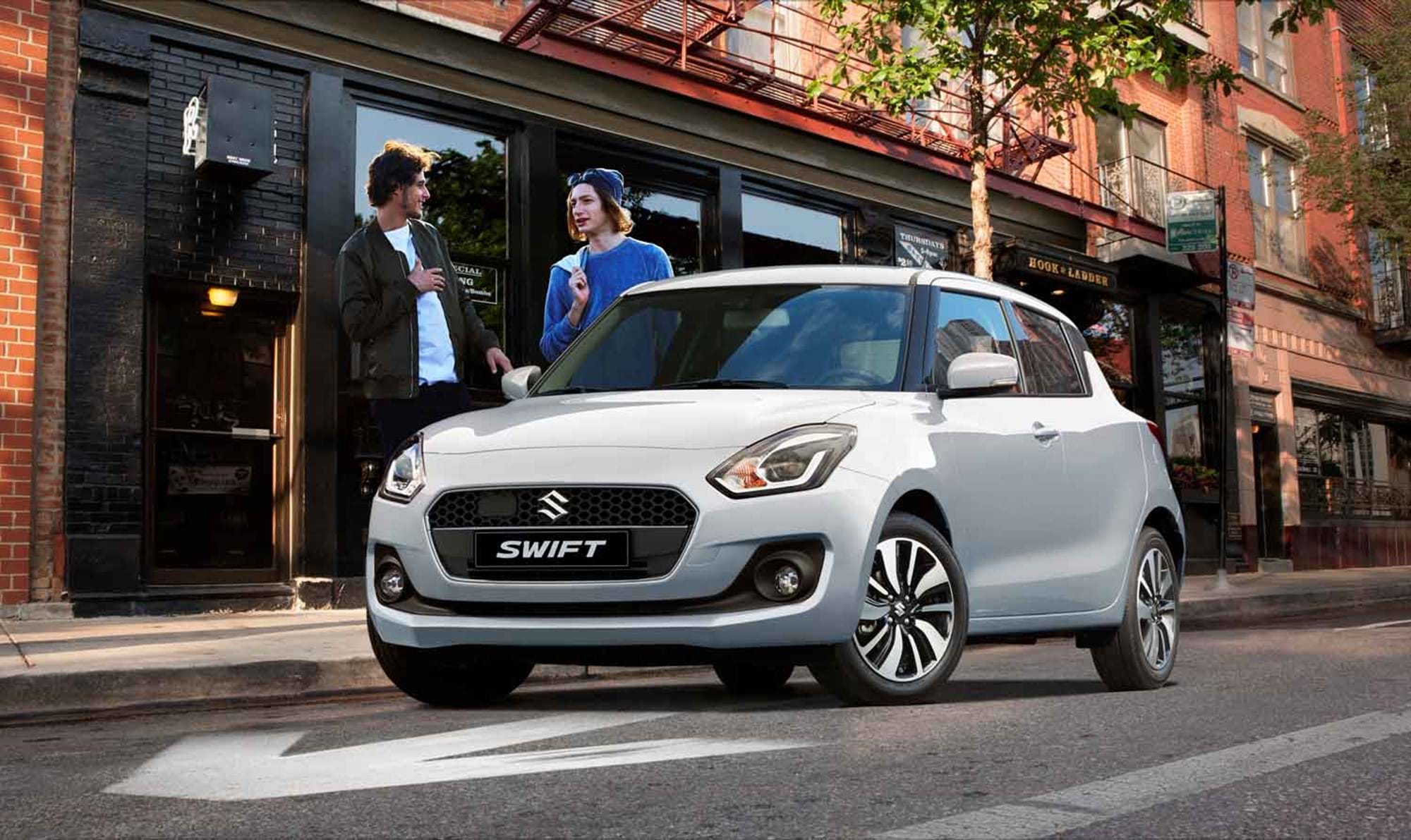 The most affordable engine in the range is the 1.2litre ‘Dualjet’ petrol engine with 89bhp that is more fuel efficient, with a combined fuel economy of 55.4mpg and is sufficient both driving around town and at motorway speeds. There’s also the option of a turbocharged 1.0litre ‘boosterjet’ petrol engine that offers 109bhp and has a 0-62mph time of 10.6 seconds with a maximum speed of 121mph. At the top of the trim level, the Swift SZ5 is also available in a hybrid version, badged the SHVS (Smart Hybrid Vehicle by Suzuki), that is the most fuel efficient option with a combined fuel economy of up to 51.8mpg and uses electrical power to assist the Swift when pulling away, gaining charge when the vehicle brakes. Both the 1.0litre boosterjet and the 1.2litre dualjet only offer two wheel drive while the top of the range petrol hybrid variant offers ‘allgrip’ four wheel drive.

While the Swift lacks a little compared to the polished feel of its rival the Ford Fiesta, it’s still a responsive, agile vehicle that meets Suzuki’s promise of being a ‘sporty drive’. The nicely weighted steering is quick and responsive, making the vehicle easy to place and handles well, feeling agile and keen to turn into corners. There’s a bit of body roll but the Swift has an impressive level of grip on the road that counteracts this.

When it comes to ride comfort it’s adequate, but on larger potholes and the bumpier stretches of road, you will find yourself noticeably jostled around. Although things seem to improve at higher speeds with motorway expansion joints sending little more than a thud through the vehicle, however the downside is that the Swift tends to generate a lot more road noise at speed with plenty of whistling from around the wing mirrors and door seals. Surprisingly though, on the higher trims, the 16inch alloy wheels don’t worsen the ride as is often the case with larger wheels but if it’s comfort you value then there are many rivals that are far better equipped at absorbing patchy road surfaces like the Volkswagen Polo and Vauxhall Corsa - although these are more expensive. Forward visibility is good which is down to the Swift’s tall windscreen and slim front pillars, however the view over your shoulder is somewhat restricted due to the small rear windows which Suzuki combats with rear parking cameras – but only on the SZ-T model and higher.

When it comes to interior quality, this has never been one of Suzuki’s strongest points and while the materials used in the Swift aren’t of the highest quality, it does have some redeeming features. Despite being shorter than previous generations, the inside is surprisingly roomy due to the longer wheelbase, with more head and legroom available both in the front and rear of the vehicle. When travelling with three adult passengers, journeys are best kept short but there’s enough legroom and cabin width to offer rear passengers a rather comfortable environment. Boot space has also been improved with an additional 25%, giving the Swift a capacity of 265litres behind the rear seats but is still down compared to its rivals. There are however an assortment of storage compartments throughout the cabin with a decent sized glovebox and door pockets, there’s also a handy smartphone-sized shelf and a tray behind the gear lever that’s good for keeping loose change. In terms of technology, entry level Swifts are rather basic with a DAB radio and Bluetooth but no centre screen. Moving up the range will see a 7.0inch colour touchscreen and Suzuki’s own sat-nav added, along with Apple CarPlay and Android Auto. While the menu is pretty easy to navigate, many of the on-screen icons are on the small side, making it difficult to accurately select the icon you’re after while driving.

Should you buy one? While the Suzuki Swift faces many superior rivals in the supermini range in the form of the hugely popular Fiestas, Polos and Corsas, the Swift shouldn’t be discounted as a suitable alternative. While other rivals do offer better performance, ride comfort and are generally more refined, they also come with a bigger price tag, but if you’re after a sporty little run-around that’s great for city driving or you’re a newly qualified driver that wants an affordable and reliable first car then we suggest that you take a look at the Suzuki Swift.