In a rush? Need to get somewhere soon? Stop! It’s not worth speeding.

The average of speeding penalty tickets being distributed each year is increasing dramatically, this has resulted in a boost in the value of the fine. 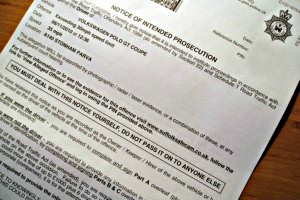 A Fixed Penalty Notice (FPN) for speeding at a standard now, will result in three points and a £100 fine. However, if the speed is extensively higher for a summons to be issued, or if the FPN is rejected, the penalty can suddenly rise.

With the maximum fine for speeding being £1,000 (or £2,500 if caught speeding on the motorway) plus your license being revoked too; this just shows how much it isn’t worth speeding.
The Government released earlier this year (24th April 2017) bands which categorise different levels of severity of speeding, starting at Band A-C.

Fines for speeding changed on the 24 April 2017 and may be summarised as follows:

•    Band A – This refers to the lowest level of speeding.

•    Band B – This is for more serious cases of speeding.

•    Band C – This is for the most egregious speeding.

How can these fines become flexible?
Influences which could reduce the penalty received in the first instance can be like the establishment of a genuine emergency, a lack of previous convictions and “good character”.

However, what could increase the penalty?
On the other hand, there are numerous reasons why the government may decide that your penalty should be increased. Things like certain previous convictions, speeding in bad weather, speeding in a lorry, bus or taxi, speeding while towing, speeding while driving for hire or reward, speeding with passengers, or speeding somewhere particularly unacceptable like near a school or areas are known to have a huge number of pedestrians about.

Our advice for you is to make sure you leave plenty of time for your journey ahead on your day of commuting. Also, to make yourself aware of any roadworks which may affect your route by looking at your news alert before you leave. It is better to be late, than sorry!