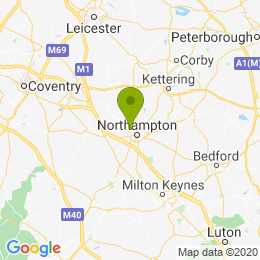 1969 Morris Minor 1/4 Ton Van in Blue.;Restored by Kubik of Vienna;Dating from 1969, this delightful Morris Minor ? Ton Van has had an interesting life to date and was originally built at the Morris commercial vehicle factory in Adderley Park, Birmingham, before production was moved to the Washwood Heath plant in 1972.;A LHD export model, it was first registered in December 1969 to British Leyland Austria KG in Salzburg and was originally fitted with rear seats. In May 1971 it got re-registered, probably due to the fitment of two side windows in the rear panels, which is why DVLA decided it should have a J plate today, this is due to DVLA using the registration date in Austria giving it a J plate rather than the 1969 manufacture date to register it as a G plate which all adds to this vans history.. Around 20 years ago the van was acquired by Manfred Kubik, a well-known car restorer in Vienna, who rebuilt it and used it to promote his business, having it sign-written and repainting it from beige to VW pale blue with cream rear mudguards, side panels and rear doors. A rear tow-hitch was also fitted. A frequent visitor to Kubik’s workshop due to her husband’s involvement with an impressive collection of classic cars in the area, the previous owner had long admired the van and finally persuaded Manfred to sell it to her in 2010. As part of the deal it was agreed that all the cream paintwork would be restored to blue and the sign-writing removed before delivery, except for the words ‘Manfred Kubik’ on each side.;On arrival in the UK, the van was converted to RHD using a reconditioned steering rack and new headlights were fitted. The following year the gearbox was also rebuilt to cure some graunching in first and reverse and more recently a new exhaust system has been fitted, still exiting on the left, as per original LHD specification. New front wings were also fitted in 2016 along with a new water pump. Affectionately known as Kubik, the van has been kept garaged and only lightly used in the last 10 yers, old MOTs showing that it has covered some 5,250kms (3,200 miles) in that time, always flying through the test with no problems. A good file of invoices chart meticulous upkeep during this time and it is fair to say that this has been a very pampered van indeed, as is evident from the lovely condition of the vehicle. The original LHD steering rack and gearbox tunnel are still with the van, as are LHD pedal holes in the carpet, which would assist conversion back to LHD should a future owner wish to do this. The speedometer is in kph, but with mph numbers in smaller size. Other export model features that are not found on UK versions include a headlight flashing button, a dashboard mounted horn button and a hazard warning light button, also on the dash. Currently fitted with Vredestein winter tyres, it also comes with a spare set of wheels fitted with Vredestein summer tyres.;A cracking example with an interesting story and some unusual features, Kubik has an MOT until March 2021 and is sure to turn heads wherever he goes. As you can imagine upon test drive this cracking Morris Van drove just as she should and what a head turner she is. The whole concept of purchasing a light commercial for private classic motoring combined with its advertising potential is one we have enjoyed for many years and proved to be an enormous success. Without doubt the most economical and successful form of advertising known to man! Now MOT and tax exempt. Absolutely any inspection is welcome. All major debit and credit cards available. UK mainland delivery included