Ferrari 308 GTS Quattrovalvole, 7500 MILES FROM NEW is no longer available
Click here to search for a similar car 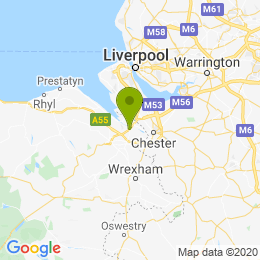 1983 FERRARI EU Specification 308 GTSi QuattrovalvoleDesign by Pininfarina2,926cc DOHC V8 Engine5-Speed Manual Transaxle4-Wheel Independent Suspension4-Wheel Disc Brakes*Stunning Rosso Corsa over Nero interior*Highly sought after Quattrovalvole model*Factory Air Conditioning*Single family ownership between 1986 and 2015*A very low mileage and exceptionally well cared for example of Ferrari's classic 308*Offered with books, both keys and tools*Cromodora wheelsTHE FERRARI 308Ferrari's line of highly successful V8-engined road cars began with the 308 GT4 of 1973. Originally badged as a 'Dino', the all-new 308 GT4 2+2 superseded the 246 Dino V6. The Dino’s Bertone penned lines were not universally praised with a slightly less-than-graceful design but the powertrain certainly was. With a 3 litre quad-cam V8 engine mounted transversely amidships it’s performance was not to be sniffed at and was subsequently carried over to it’s Pininfarina designed successor, the 308 GTB.Originally unveiled at the Paris Auto Salon in 1975, the 308 GTB marked a return to Pininfarina design following the Bertone styled 308 GT4. Dropping the Dino name of the GT4 in favour of the ‘full fat’ Ferrari badge, the 308 GTB had changed little underneath with the exception of a reduction in both length and weight and most importantly retained its predecessor’s glorious 3 litre quad-cam V8 that now featured dry-sump lubrication. Produced initially with fiberglass bodywork, the 308GTB used a steel only construction after April 1977 and retained dry sump lubrication until 1981. To go alongside the GTB, the open-top GTS version with a Targa-style removable roof was introduced at the 1977 Frankfurt Motor Show which used a wet sump engine and was steel-bodied. 308 production culminated in the Quattrovalvole which utilised a revised cylinder head with 4 valves per cylinder and Bosch K-Jetronic fuel injection to produce a heady 237bhp on EU specification cars, despite emission control measures. They were built between 1982 and 1985 and only 3042 GTS Quattrovalves were produced making it an incredibly collectable vehicle.To this day the 308 is still regarded as an exhilarating driver's car and is a firm favourite among Ferrari purist’s.THE SPECIFIC DETAILSThis particular 308 GTSi was completed by the Maranello Works in 1983 and registered to the first keeper on the 1st of June 1983 by Ferrari Rosenheim in Germany (Autohaus Wendelstein GmbH). The first service was completed at 1500km on the 6th of August 1983 and was carried out while in possession of the first owner by Autohaus Wendelstein GmbH. The car was then exported to America, although no records exist between owner 1 and 2, and transferred to the second keeper. The next recorded event in the car’s life was when it was registered in New Jersey with the car’s Certificate of Title dated on the 16th of August 1986. The car covered a mere 4000km between 1986 and 2012 with a cam belt change and major service being carried out on the 17th of September 2002 by East Coast Auto Sales Inc. in New Jersey, USA. In 2012 the car was transferred to the third keeper who is the son of the second, meaning single family ownership since 1986. The Certificate of Title shows a transfer date of the 21st of March 2012 when the car was registered in Massachusetts with a cam belt and major service being carried out at 8,528km on the 11th of May 2012. In the same year a Vehicle Inspection was carried out by the state of Massachusetts and the mileage was recorded at 8,619km on the 18th of May 2012.The 308 was inspected by the state of Massachusetts again in 2013 (31/05/2013) and 2014 (11/07/2014) with recorded km readings of 10,086 and 11,088 respectively.In 2015 the car was inspected by Wayne Carini of the world renowned F40 Motorsports where a Carfax vehicle history report was generated at 11,962km on the 10/11/2015. The car was then purchased by the current keeper on the 30th of November 2015 and treated to a full bodywork restoration in January 2016 by Browny’s Custom Bodywork and Paint. The leather was also restored by AMI Services with an invoice dated 1st of March 2016 before the car was prepared for shipping to the United Kingdom.The vehicle arrived in the UK on the 21st of July 2016 into Liverpool Docks where it was transported to Ferrari specialists GT Cars of Chester. The car was subject to a full cam belt change and major service, new front and rear suspension bushes and a new torsion bar bracket. At the time of the service the entire front and rear suspension was stripped down, cleaned and rebuilt using new washers, nuts and bolts. Additionally, the 308 had a full 5 day machine polish and full interior clean to make it perfect for sale. This excellent example has, to date, covered just 11979km with the additional 15km from the 11962km it arrived with carried out as road testing to ensure the vehicle drives perfectly which is the case. The km reading equates to just 7486.9 miles from new and the car is unlike any other we have had the pleasure of seeing. Accompanying the sale of the car are the original manuals which are still in the pouch, as well as the tool kit, targa cover, both keys, clean MOT certificate and jack. The optional extras fitted to this car include a deep front spoiler and air conditioning.As 308’s continue to mature gracefully, the Quattrovalvole's are fast becoming one of the most desirable models and this exceptionally low mileage example would make a unique addition to any collection. A certain future classic thats condition needs to be seen to be believed, a very special car.ADDITITIONAL NOTESPlease note this car is titled 1983 with chassis no. ZFFLA13B000046099. This vehicle is not currently registered in the United Kingdom so the title is available for first ownership and can be directly registered to the new keeper or exported globally if required. Please note there is no UK tax to pay but export prices would be subject to shipping charges and local taxation if applicable. Please contact Oli James on 01244 539760 or 07710 096345 for further information, viewings strictly by appointment only.