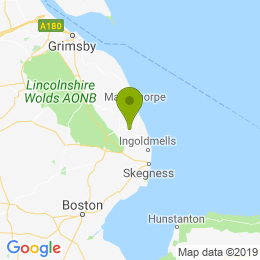 1958 Chevrolet Corvette C1Key facts:• 72400 miles• 4.7 litre V8• Manual Gearbox General Motors designer Harley Earl loved sports cars and was influenced by the GI’s bringing home MGs, Jaguars, Alfa Romeos and the like after hostilities ceased in Europe in 1945. Even the small independent carmaker, Nash Motors, began selling a two seater sports car in 1951. Earl convinced GM that they also needed to build a two seat sports car. Earl and his 'special projects' crew began working on the new car later that year which was code named 'Opel'. The result was the 1953 Corvette taking its name from the Corvette, a small, manoeuvrable fighting frigate and it was unveiled to the public at that year's Motorama Car Show.This lovely example is finished in red and white with a red interior and a black hood. Under the bonnet is the robust 4.7 litre Chevrolet V8 engine mated to a manual gearbox which makes for great driving. This iconic American classic was imported into the UK in 1991, where it is presumed to have resided in a private collection, as the first registration in the UK was carried out by the present owner when he bought it in 2011. Various minor works, including a gearbox overhaul in 2013 by Ian Goss Services (invoice record on file) have been carried out by the previous owner, accompanying the car is a comprehensive history file documenting this work and other works carried out by the previous owner. The car has been kept garaged and used sparingly hence its wonderful condition.
This Corvette Stingray CORVETTE C1 Convertible is currently available for £74,995 in Alford Lincolnshire with Petrol engine and Manual gearbox. For more information or to arrange a viewing, click here to send us an email using form below.
Mileage 72,400
Transmission Manual
Fuel Petrol
Body Convertible
Manufacturer Corvette Stingray
Doors 2